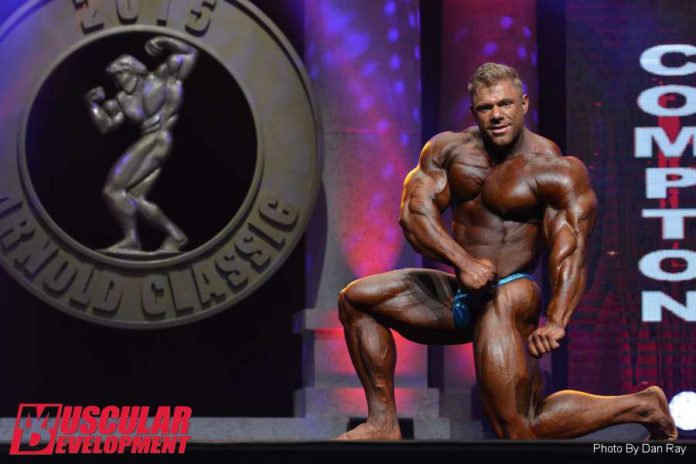 It is very interesting to read about what these three IFBB legends had to say about who they think can beat Phil Heath.

Shawn Ray believes anybody can be beaten. Shawn mad eit a point to state that 8X Olympia Winner was beaten by Samir Bannout in 1983, Dorian Yates was beaten by Lee Haney in 1991 and Ronnie Coleman was beaten by the entire Olympia line-up in 1991 in Helsinki.

Shawn did not really mention a specific bodybuilder that he thinks can beat Phil Heath.

Shawn believes the only person that can beat Phil Heath is Phil Heath himself. He should be a couple of pounds lighter, drier and tighter this year for victory number six.

Dorian Yates also thinks Phil Heath can be beaten. Dorian does believe anybody can be beaten if they leave the door open when they arrive to a competition not at 100%. Dorian always though Kai Greene would be the one who would have defeated Phil Heath if he arrived at the Olympia at his best.

Dorian Yates brushed aside Dennis Wolf, pointing out that he has too many weak points.

Yates also mentioned big Ramy. Dorian does admit that he is enormous, but he is not complete as Phil Heath. Big Ramy needs deeper, clear muscle separation and he has to improve in many areas.

Dorian also mentioned that it is healthy for the sport to have a new Mr. Olympia every once in a while. When the fans keep seeing the same Mr. Olympia winner, year after year, they will start cheering for the underdog.

Finally, Kevin Levrone was the only one out of the three that named a bodybuilder that could possibly take the title away from Phil Heath.

Kevin said “Here’s the thing. You never know when someone is going to make crazy improvements and suddenly start dominating people who used to dominate him. Look at Ronnie Coleman. Ronnie didn’t do all that well in his first few years as a pro. In the early years, nobody would have ever said this is a guy who will win the Mr. Olympia title once, let alone eight times. I recall the point where all that changed. We were on the Grand Prix tour across Europe after the 1997 Olympia, and I was winning all the shows. Ronnie was placing third, fourth, fifth, sixth and even seventh at those shows. He had really good mass and shape, but he was watery. The night before the last show on the tour in Russia, I talked to him and gave him some tips to dry out. The next day, he beat my ass! And I never beat him again after that. Ronnie got a whole lot bigger, too. He went from ninth place at the 1997 Mr. Olympia to winning it in 1998, and he won it eight times.”

Kevin also mentioned Dorian Yates making great improvements after 1992 when they faced each other.

Kevin Levrone then pointed out Justin Compton as the man that can defeat Phil Heath. Compton did sit out of the 2015 Mr. Olympia, and Kevin believes it is because he wants to step on stage with a legitimate chance of winning.

At 27 years old, Kevin points out that Compton has made great progress already, placing third behind Dexter Jacksoon and Branch Warren at his first Arnold Classic.

Kevin believes the day is coming when Phil will eventually be defeated.

The way we see it… The only person that can defeat Phil Heath at the moment is Phil himself. Phil has to make sure he arrives on stage at his best, as this year, he was very lucky some of the other competitors were a bit off as well. Many thought Dexter should have won, but Phil Heath managed to keep it together to hold on to the title. And we think it was judged fairly.