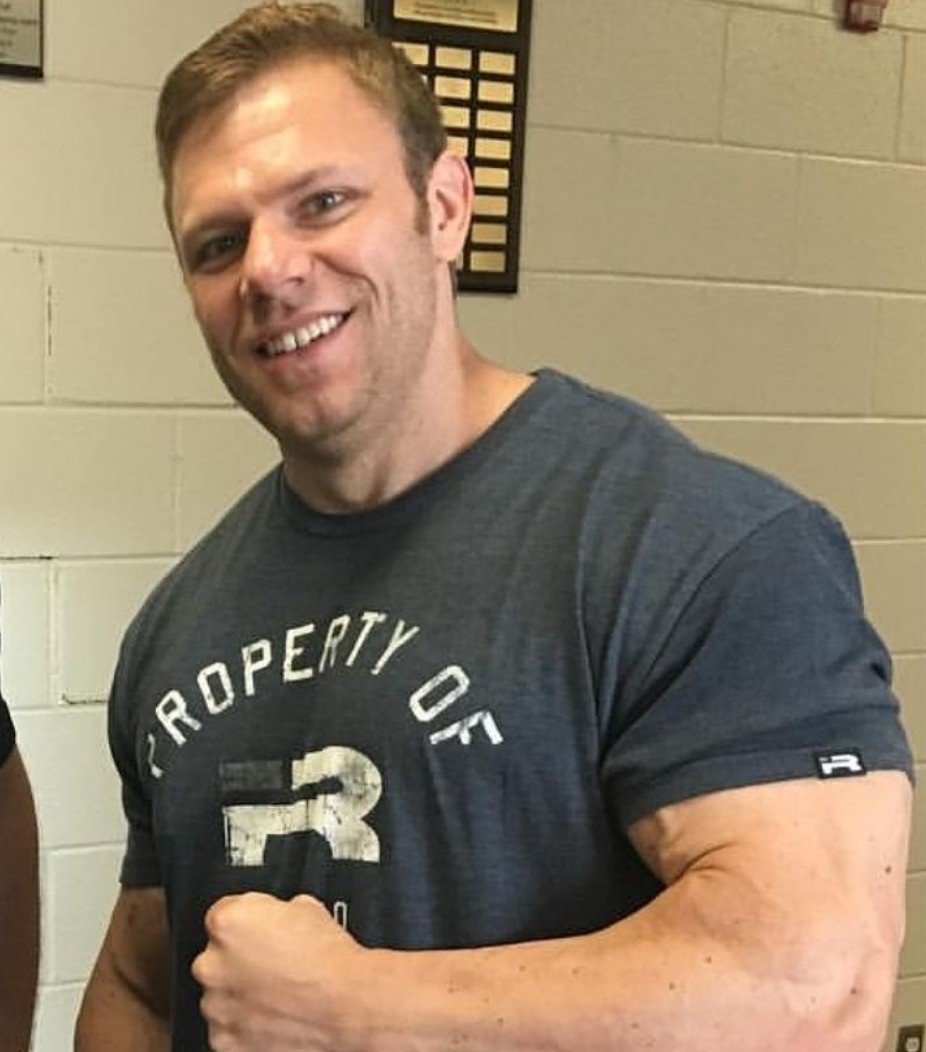 IFBB Pro Justin Compton has been away from the bodybuilding scene for a while now and as usual a number of rumors have been spreading fast.

A photo of Compton surfaced in the last couple of days fueling more rumors.

Justin Compton put a stop to all these false stories by posting a long message on his official Instagram page explaining his situation and future plans in detail to all his fans.

Compton also says that he is finding more satisfaction in helping clients with contest prep rather than competing.

The IFBB star seems to have lost his motivation to train hard, but he is making it to the gym.

It seems all the injuries from years of training have taking its toll on Compton and it has forced him to change his plans for the future.

This is Compton had to say:

So, I want to address this picture that seems to have made a lot of noise lately. First of, Yes, it is recent, last week actually.
For those who know me, you already know what I’ve been thru, and you know that I’m just fine. I’m happy and content with things. Many of you think you know what’s going on, but you don’t know anything just whatever so and so has told you.

So let’s clear some air. Back in the winter, I dealt with multiple medical issues that put my career on hold. Yes I had an infection in Jan, that was the start. I found out months later I had an internal tear in my colon which was causing me a string of problems. Once this was discovered, I immediately got it fixed. I had some adverse reactions to medications causing more issues I had to resolve. During this time I felt lethargic all day every day, and for the first time in my life, i had 5 months off the gym, and I also strayed completely away from a bodybuilding diet as I wasn’t training I wanted a bit of a mental break on that side of things and eat as I please.
Prior to all of this happening, about 1 week before the Ferrigno, I started having a lot of shoulder discomfort. I have no idea what causes this but I pushed thru the show and figured I’d deal with it later. I took some time off, unsuccessfully, then when I got sick I just said screw it I’ll rest it up for several months. Thankfully my elbows are cranking great again all of that inflammation is gone, but I do have a labrum tear that is going to likely require surgery. No press’s, no pulls, light laterals, no dips, etc. Even struggle taking a right turn in my car turning the wheel.

I used to run a very busy schedule traveling all over the place, and I had to put all of that on hold for awhile. This would explain why I chose to help out a few people for contest prep as I now have the time to focus on this and I have actually gained a greater passion for helping others succeed.

I haven’t been too motivated to train heavy and hard again but I am training again. I was down to 228 at my lowest and after 3-4 weeks of playing around in the gym I am back up to 240lbs. I need to get my shoulder repaired along with fixing my deviated septum… 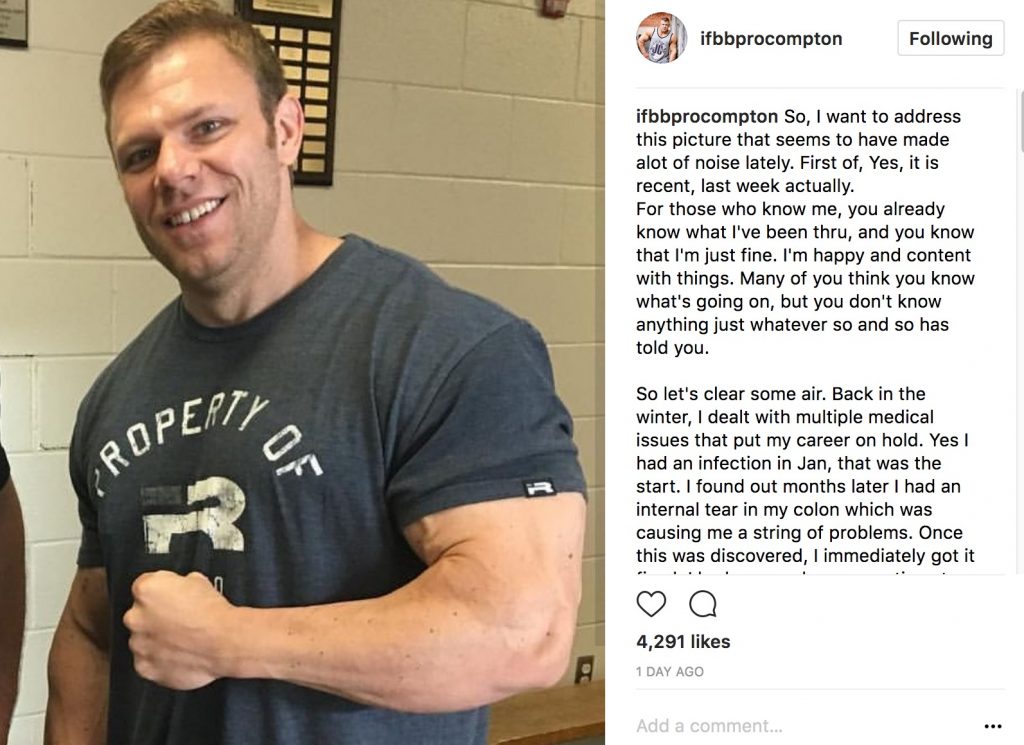 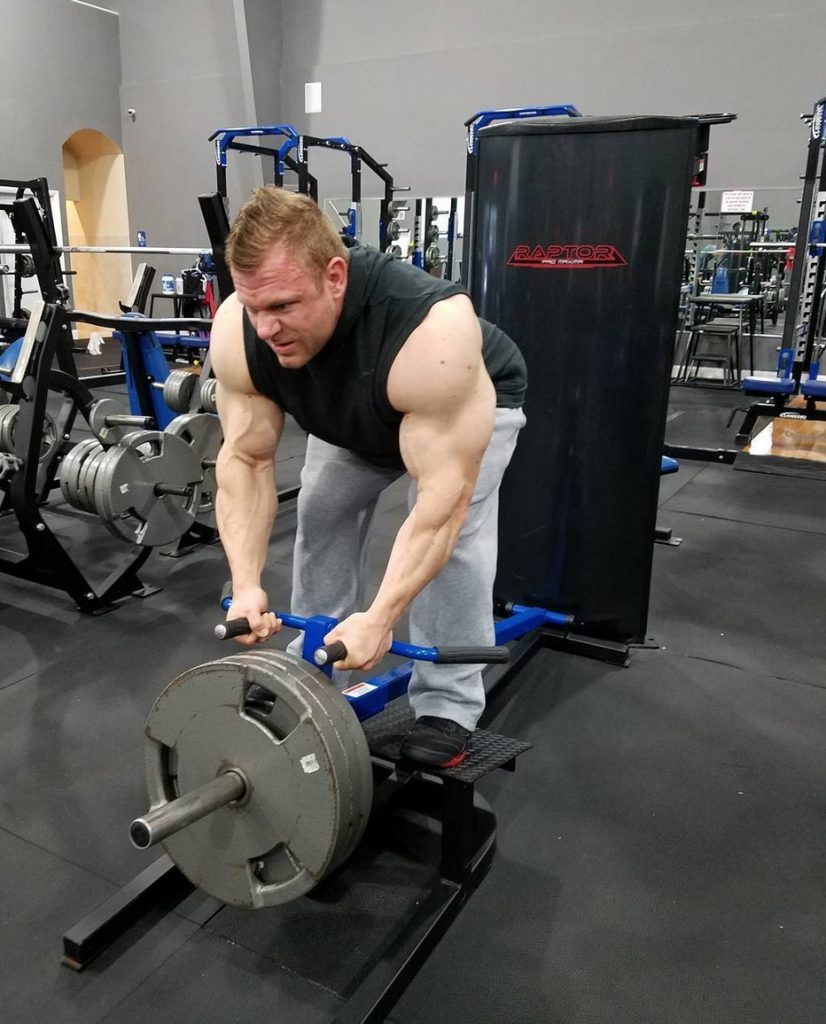