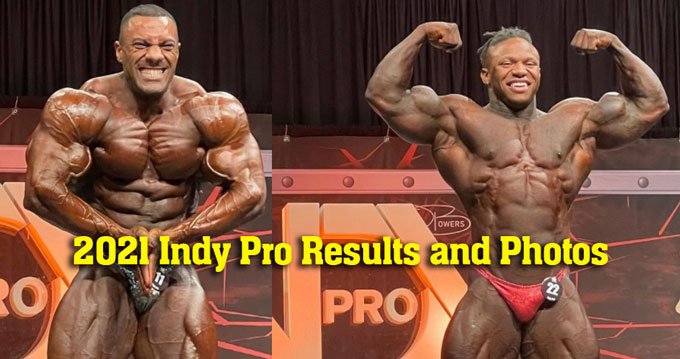 Justin Rodriguez and Tonio Burton walk away with their 2021 Olympia Weekend qualification, after winning the Open and 212 Division at the 2021 Indy Pro.

The build up to the 2021 Indy Pro was very interesting with a number of popular athletes pushing the event on their popular social media channels.

The weekend did not start to well for the numerous fans that subscribed to the Live Streaming to watch the event.

For some reason, the streaming service did not work and the fans made sure everybody was well informed after they vented their frustration on social media.

Make sure you have the right fuel for your brutal workouts. Maximize Testosterone, Reduce Stress, and Boost Mental Focus for Muscle & Strength Gains – CLICK HERE

The Open Division was a exciting event with New York’s Justin Rodriguez winning the event and earning his spot on the Mr. Olympia stage for 2021.

Rodriguez presented a well balanced physique that combined size and condition for this event, that would earn him the victory.

The controversial part of the show was the placings between second and fourth.

As Blessing impressed on his pro debut,he still needs to work on presenting a bigger and fuller physique. Placing after Dorian would have been a better result, but the judges saw it differently.

Fourth went to Dorian Haywood. Many believed that Dorian should have placed much higher.

Dorian could have easily placed second, to push Mokhamed and Blessing to third and fourth.

Dorian looked to have a more complete physique compared to Mokhamed and Blessing. A challenge for top stop was also possible for Dorian.

The judges will surely have a lot to answer for when the athletes ask about their placings.

Carlos Chapa finished in fifth sport while to popular Morgan Aste from France had to settle for sixth.

The 212 Division had Tonio Burton finish in top spot to also earn his place on the 212 Olympia stage in 2021.

The 212 Division is always a very difficult to judge as all the athletes are in top condition.

The top five finishers were all in great condition presenting a balanced physique, but Tonio looked to have the edge with his conditioning.

Nathan Epler had to settle for second spot. Nathan could have easily placed first, but it was the condition of Tonio that separated both these athletes. A very close battle for top spot.

Third place went John Jewett. John was one of the bigger athletes on stage, but as already mentioned, it would be the slightly better conditioning the separated these incredible athletes.

Bryan Balzano had to settle for fourth on his pro debut while Noel Adame finished in fifth.

Fifth place finished Noel Adame also presented a physique with freakish size. Noel can do some real damage in the 212 Division in the near future and we are sure he will improve on his placings. 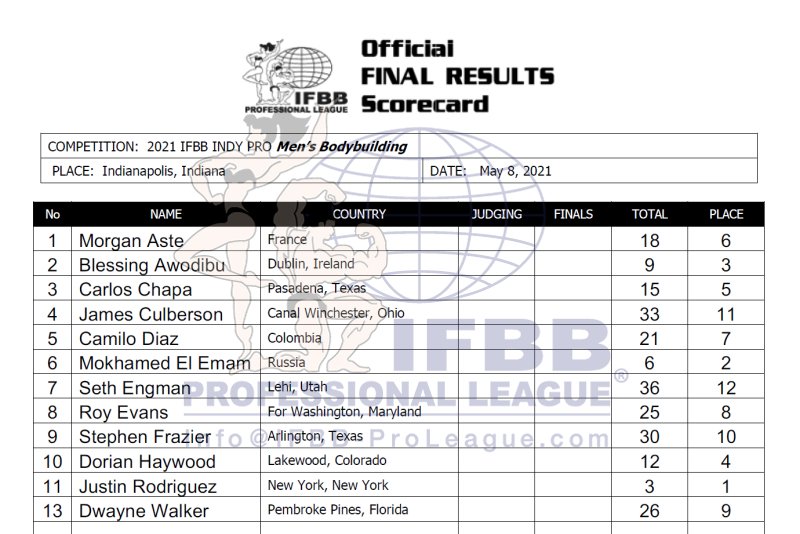 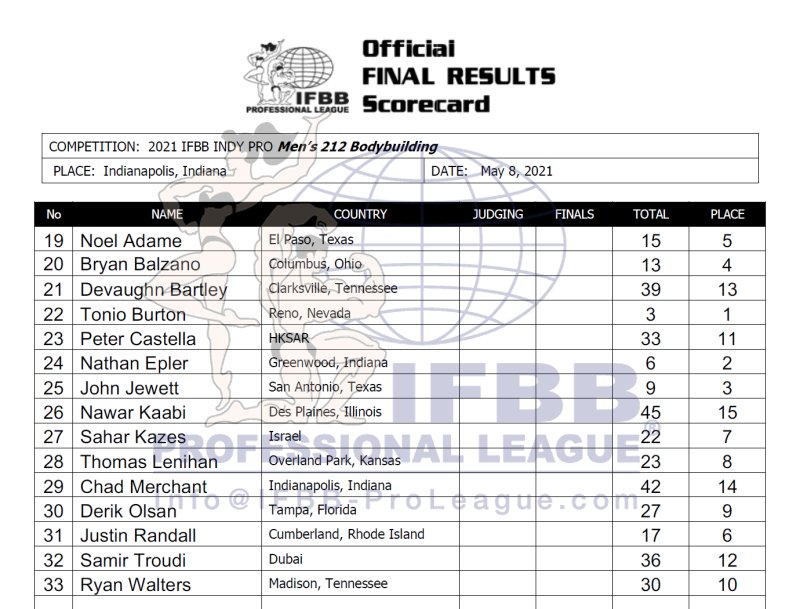