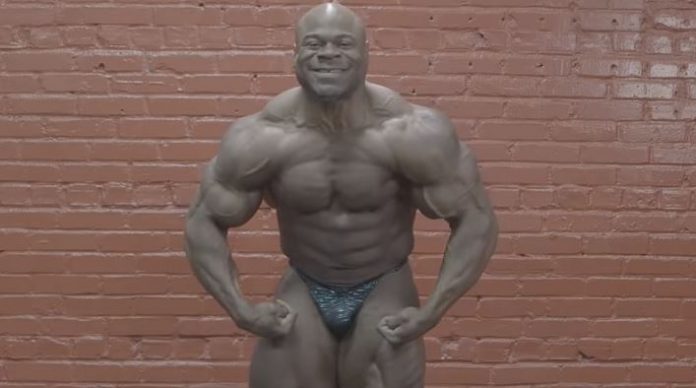 Kai Greene is the king when it comes to sending out confusing messages to the bodybuilding world.

Greene looks to be ready to step on stage and go up against anybody.

With the Mr. Olympia lineup looking to be basically the same as 2019, with the possible inclusion of Big Ramy if he qualifies, Kai Greene stands a chance.

If Kai Greene does step on the Olympia stage in 2020, who can go up against him?

Defending champion Brandon Curry looked to already have a big battle on his hands against the likes of William Bonac, Dexter Jackson and hopefully Hadi Choopan if he can get into the USA.

If Kai Greene is in the mix, the competition will have a new twist.

Looking at Kai’s physique in his latest video, the only person that can go head to head with him when it comes to size is Big Ramy and Roelly Winklaar.

Brandon, Dexter and Bonac already are inferior when it comes to size if they stand next to Kai, especially in the legs department.

Big Ramy and Winklaar can give Kai a good battle, but if Kai is on point, he can easily walk away as the new Mr. Olympia.

We must not forget Flex Lewis as he will be competing also in the open division.

Will Kai’s size dominate a much bigger and conditioned Flex Lewis? This would be a comparison that everybody will want to see.

To add more to the rumors of Kai competing at the 2020 Mr. Olympia. In a post about new developments coming from the Olympia organizers, many are suggesting the Olympia Weekend is cancelled. As this is far from the truth, Kai still had fun with it. 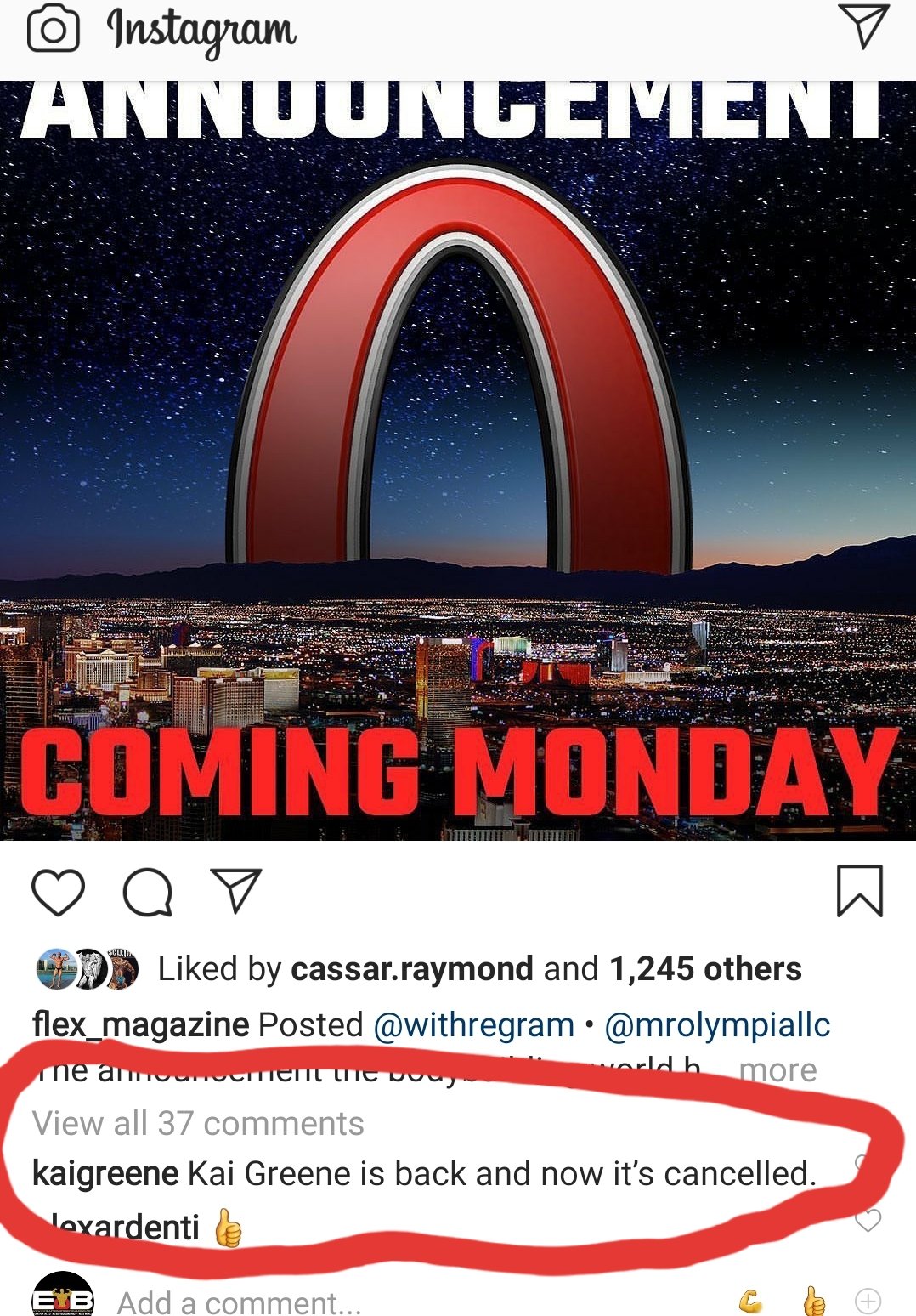 As this is all speculation and good fun, it must be noted that Kai is not qualified and he has not been given a Mr. Olympia Special Invite from the organizers.

Regardless of all the speculation, Kai’s latest video proves that the big guy from New York is still ready to take anybody’s title.

The sport still needs Kai Greene and he needs the sport.

With all the gloom after the passing of our friend and bodybuilding champion Luke Sandoe, it’s nice to write about something on a positive note.