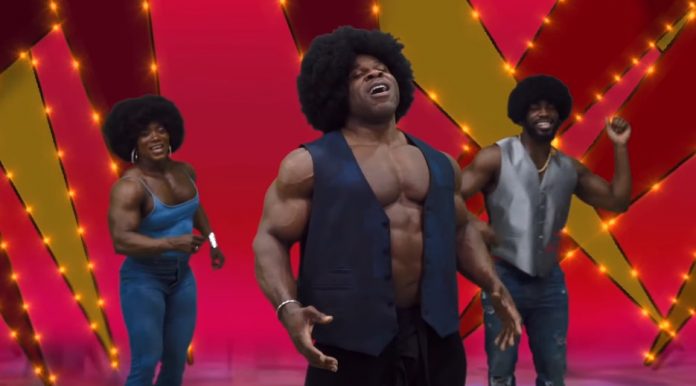 Kai Greene has not been on the bodybuilding stage since winning the Arnold Classic Brasil in 2016.

Kai Greene has not slowed down in the past four years as he has continued to train, act and promote his supplement brands.

Looking at Kai Greene’s physique, he can easily compete at the Mr. Olympia and have a great chance of winning the title.

As it looks, Kai is not interested in putting all his energy in to competing.

Kai has been involved in a number of lucrative projects outside of bodybuilding, such as working with ESPN, having a part in the popular series Stranger Things and much more.

Earlier this week, Kai Greene launched his own Variety Show on his official YouTube page.

Kai said his new Variety Show has a little of everything such as acting, singing, dancing, sketches, comedy, animation and a litlle ventriloquism.