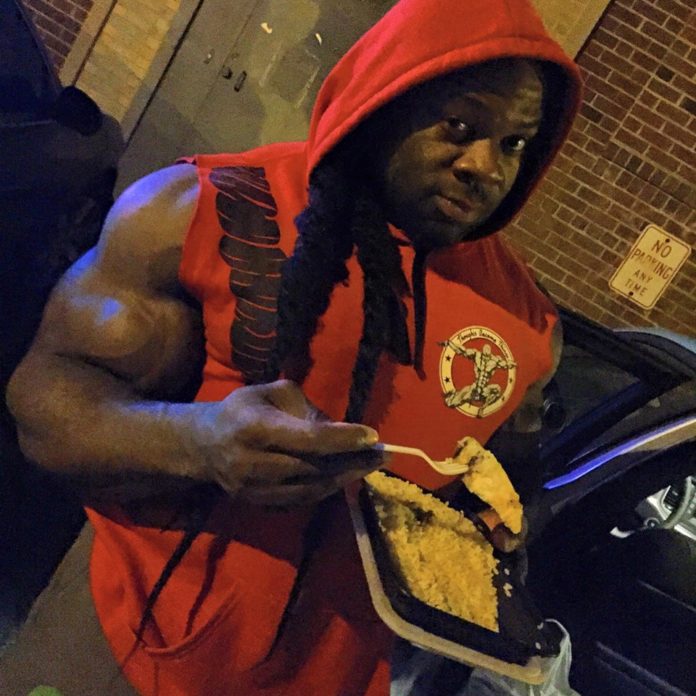 This news was revealed on Dave Palumbo’s Heavy Muscle Radio this week. Dave said that he was talking to Victor Martinez and the latter revealed the news to him.

After hearing this news, evolutionofbodybuilding.net immediately wanted to make sure this news was 100% correct.

We immediately checked the website of MuscleMeds (screenshot below) and Kai has been removed from the site.

As well, while going through Kai Greene’s official Facebook page, you will notice that Kai is not wearing his usual red MuslceMeds hoodie.

Kai does stick to his favorite fashion of wearing a hoodie, but it’s not MuscleMeds’.

The news has not been made official yet, but according to posts by Kai himself, he has been busy going from meeting to meeting.

Planned of not, this is not the type of distraction that Kai Greene needs a month a way from the 2015 Mr. Olympia. Hopefully it will not affect the second best bodybuilder in the world.

Kai Greene is still a top contender for the Mr Olympia title and it should not be long for such a great athlete and promoter of the sport to land a new sponsor that would help him move forward.

Kai promoted MuscleMeds everywhere he went, religiously wearing their outfits. If a company or brand wants to be seen, Kai is definitely the right man!!