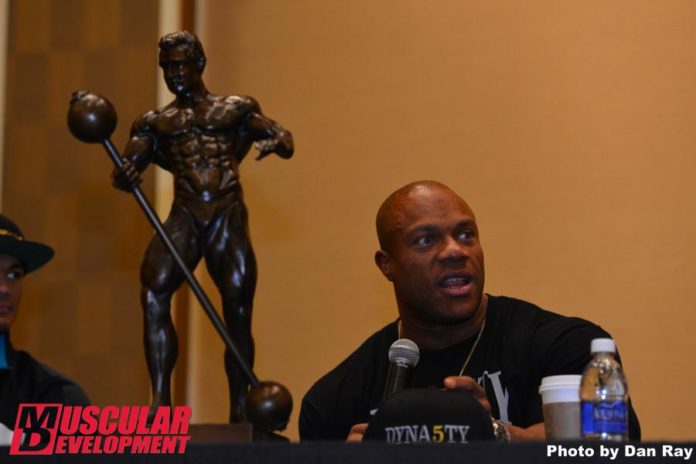 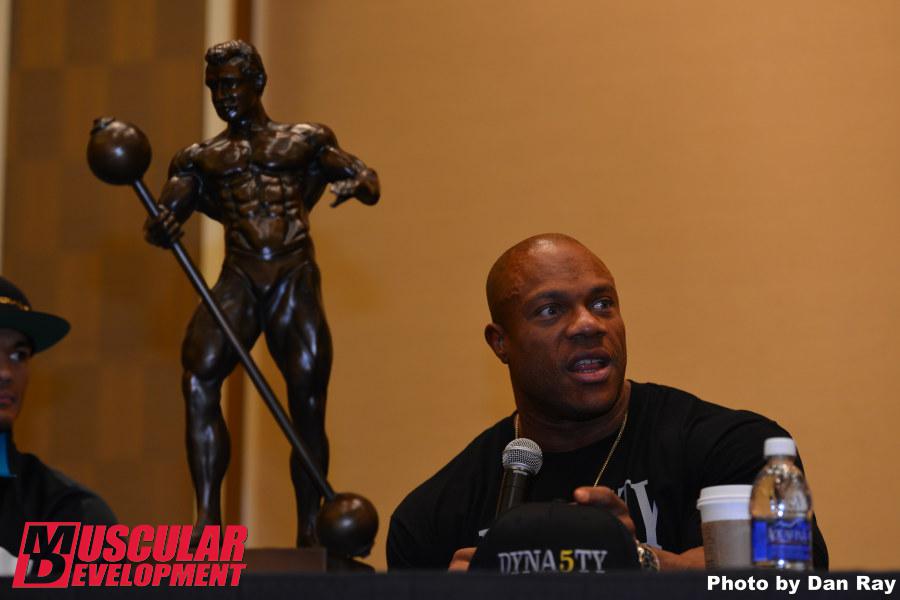 During the 2015 Olympia Superstar Seminar, 5X Mr. Olympia Phil Heath made sure he made everybody know how he felt about Kai Greene skipping the Mr. Olympia contest.

These are some of the comments that Phil Heath had to say about the Kai Greene situation:

“The fans spent all that God damn money to come to the show and to support him. and he comes up with a bunch of bullshit lies about the federation, and that was not right. he owes everyone an apology”

“He owes the competitors an apology”

“If he wanted of compete, just sign the paper, its that simple. He signed the damn poster as Mr. Olympia, all those years,  but he can’t sign the paper? since April”

“I am standing up to say this as I am very passionate about this, I did not like his (Kai Greene) attitude last year and I did not like it this year, I hope he changes it and focuses more on his heart and sole as it is damaged and he needs to fix it.”

“Right know, Kai is damaged and that is not what bodybuilding is. If Joe and Ben Weider were still alive they would be pissed off, because if it was not for them we would not be here to have this opportunity to make a living, to go out and meet people and change lives.”

“We are not self made, we had people make a competition for us to do what we do, I mean I have the best job in the world,”

“People allow you to do what we do.”

“If you don’t want to compete, just tell your fans, they will respect you more, don’t drag your ass amnd make excuses, if you point that one finger, there will be another three pointing back at your ass.”

“I appreciate every single person that came to this event, that came to the Olympia, that re still here, you guys are the deciding factors of why we do what we do, and we get paid for it.”