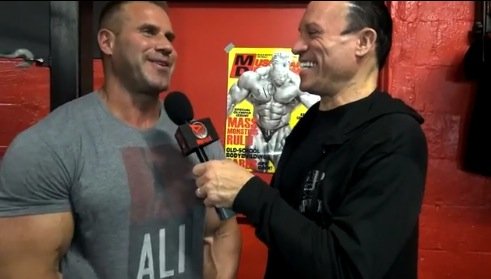 In an exclusive interview by RXmuscle.com, Dave Palumbo managed to get 4X Mr. Olympia Jay Cutler to say what he really feels about the Kai Greene situation.

As everybody knows, Jay Cutler is a great friend with 5X Mr. Olympia Phil Heath, but that does not take away the fact that Cutler feels that Kai Greene is as well one of the best bodybuilders in the world.

Cutler admitted that if Kai Greene was present at the 2015 Mr. Olympia, he had a great chance of winning it if he was in the condition that he is used to being in.

Cutler also admitted that Phil Heath was not at his best this year.

Cutler also said that he still regrets when he skipped certain competitions as Kai Greene did.

Jay Cutler knows the business of bodybuilding and he was wise enough to express his feelings on the Kai Greene situation.

Hopefully Kai Greene will qualify for the 2016 Olympia Weekend and it would be a joy to see him rub shoulders again with Phil Heath.

This was a great interview, even though it was short, a lot of said in six minutes.

Great job to Dave Palumbo and crew for producing this interview.