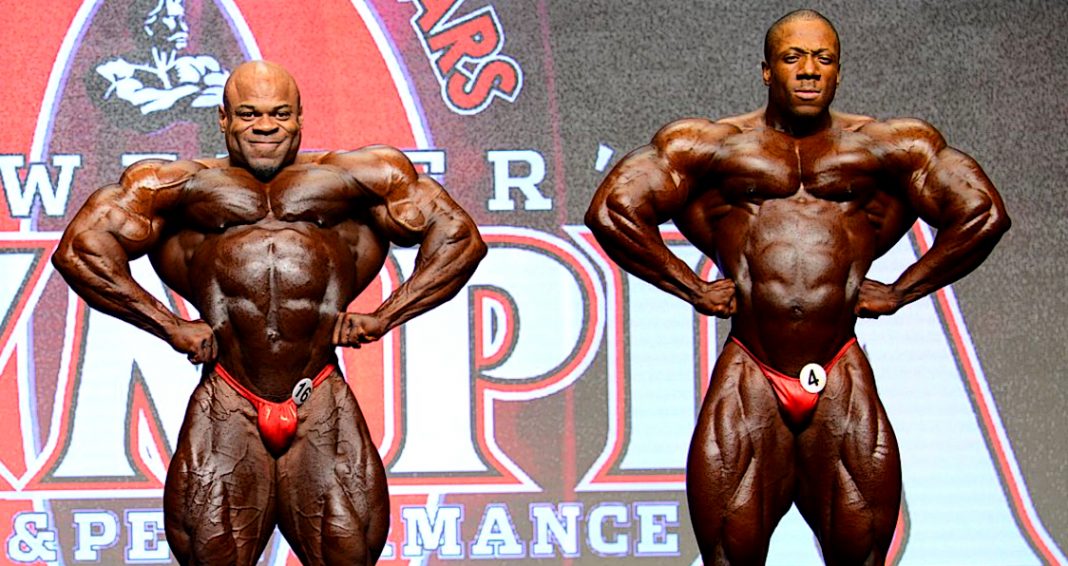 Kai Greene has to qualify for the 2019 Mr. Olympia.

The big news in the bodybuilding industry this week is Chief Olympia Officer of Mr. Olympia LLC Dan Solomon revealing that Kai Greene was offered a special invite to the 2019 Mr. Olympia.

The majority of media channels are all talking about this as it is the greatest thing that ever happened to the sport.

Kai Greene is a fantastic bodybuilder and he is capable of winning the Mr. Olympia.

Kai walked away from the Olympia stage in 2014 after placing second to Phil Heath three years in a row.

The reason for Kai Greene not wanting to compete at the Mr. Olympia is still a mystery. Kai never really gave an explanation for his decision, but it is surely more than just bodybuilding.

If Kai did stick around, he could have easily won the Olympia title in 2018 when 7X Mr. Olympia Phil Heath was not at his best. The title ended up in the hands of Shawn Rhoden.

Shawn Rhoden is a great bodybuilder, but if you want to talk bodybuilding and not kiss ass, nobody could have defeated Phil Heath if he was at his best.

Phil Heath went into the 2018 Mr. Olympia contest with a injury and Shawn Rhoden was there to take advantage of the situation.

As well the marketing campaign leading up to the 2018 Olympia Weekend did not help Phil Heath either. Instead of focusing on if Phil can win his eighth title, the Olympia organizers decided to shift the focus on other activities. The lack of respect towards Phil Heath was evident.

The Olympia Weekend is a great spectacle and without the main stars, it would just be another competition.

The great rivalries between Dorian Yates and Kevin Levrone, Ronnie Coleman vs Levrone, Flex Wheeler and finally the big battles with Jay Cutler are a thing of the past. These were the times when the Mr. Olympia contest was something great to look forward to.

The promotion of the shows from the early 90’s up to Jay Cutler’s final contest were just fantastic. They made everybody look forward to this contest.

The peak of the Mr. Olympia was between Phil Heath and Kai Greene from 2012-2014. The title could of went to either Phil orKai, but at the end of the show, it would be Phil Heath that would eventually lift the title.

Phil and Kai not only battled on stage, but their exchanges during the press conference before the show was another spectacle.

After 2014, Kai eventually walked away from the Olympia and Phil continued to dominate until 2018.

Even in 2019, after being away from the Olympia stage for five years, Kai Greene is still Olympia material.

Kai Greene has been invited on a number of occasions since 2014 and he has not accepted.

Obviously this was all part of the marketing plan. The Mr. Olympia without a rivalry is not going to sell tickets in the long run.

The excitement for 2019 is who will challenge Shawn Rhoden for the title. Other than that, there is nothing.

Jay Cutler and Ronnie Coleman were walking advertisements for the Olympia. They both made themselves available to the public through public appearances, magazines and producing DVD’s.

The Olympia promoters tried adding excitement to the show when they first invited Kevin Levrone and the following year Flex Wheeler. The only thing that happened was these two legends had to hear criticism for their entire contest prep instead of the bodybuilding world celebrating their glorious careers.

Now, since the idea of inviting retired legends is out of the question, the Olympia promoters turn their eyes to Kai Greene by offering him a special invite.

Inviting Kai Greene without going through the qualification process as other competitors do is just not fair.

The top five from the previous Mr. Olympia are automatically qualified for the following year, while an Olympia winner does not need to qualify, such as Dexter Jackson.

All the other competitors have to either win a show or accumulate enough points to qualify for the Mr. Olympia contest.

How would the other competitors feel if Kai Greene just walked on the Olympia stage without going through the grueling qualification process?

Putting all the focus on Kai Greene will also discourage and frustrate the other competitors. The Olympia organizers have to see how they can promote their active athletes. They need to learn to work with what they have.

This is the question the Olympia promoters have to think about.

With all due respect to Kai Greene, he did not keep fighting for the title as Jay Cutler did with Ronnie Coleman. Kai Greene walked away from the Olympia and he lost the golden opportunity to win the title in 2018.

And what if Kai Greene does make a return and win the 2019 Mr. Olympia. It will still not be the victory he wanted.

Kai Greene will still be criticized that he did not defeat Phil Heath at his best. This will haunt Kai Greene for his entire life.

American Media Inc, the owners of Olympia LLC  are not in the best financial situation to gamble on things like this.

Dan Solomon and his team will be under a tremendous amount of pressure to make the 2019 Olympia Weekend profitable. AMI as a company cannot afford a negative outcome.

Former Olympia Event Producer Robin Chang was expected to stay with the team to work on the 2019 Olympia Weekend, but he decided to leave and start a new career with Jim Manion.

Nobody has the knowledge of how to run the Olympia as Robin Chang and with out him, even with the new employees, Dan Solomon has a steep hill to climb.

Who can possible save the day? Kai Greene.

Imagine the marketing campaign for the 2019 Olympia Weekend if Kai Greene does accept to comeback, even if he goes through the qualification process. It would be incredible.

Even though the bodybuilding world would be excited to see Shawn Rhoden vs Kai Greene. At the same time they will be dreaming of 2020 with the possibility of Kai Greene vs Phil Heath.

Phil Heath is hard at work trying to get back to his best after having surgery to repair an abdominal problem. As it looks Phil is on schedule as he is looking incredible.

Phil Heath vs Shawn Rhoden would sell tickets as it would be a chance for the fans to possibly witness Phil Heath make a comeback and win his eighth Mr. Olympia title.

Phil Heath vs Kai Greene would not only sell tickets but it would bring the excitement back to the Mr. Olympia. Possibly it would be equal to the Ronnie – Cutler days.

Getting back to reality. Kai Greene most probably will not return to the Olympia stage.

Kai at the moment is very successful with making films and appearing in one of the most popular television series ‘Stranger Things’.

Kai Greene has also become very successful with his series of graphic novels called ‘The Chronicles of King Kai’.

Appearing on NFL commercials that appeared on ESPN, is also something that Kai Greene has been involved in.

We must not forget Kai Greene’s successful Dynamik supplement range.

Putting all these accomplishments together shows that Kai Greene is very successful financially. He does not really need the Olympia when it comes to being financially stable.

Kai Greene making a comeback if Phil Heath decides to return would make sense. Other than that it would just be a waste of time.