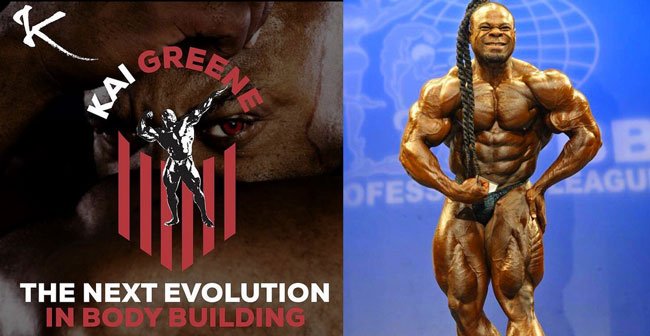 Kai Greene is one of the most entertaining bodybuilders of the modern era.

In his latest post on his official social media, Kai Greene is doing what he does best… teasing his fans.

Kai is going to announce a very big announcement in a couple of days.

In his second post promoting his big announcement, Kai published a video showing him and Ronny Rockel competing against each other.

Many believe he might be launching a new brand or even organizing his own event.

Some hardcore bodybuilding fans and a number of media outlets are hoping he might actually compete at the 2020 Mr. Olympia.

As well the ‘Special Invite’ has already been awarded to Big Ramy.

Could there be a possibility that the Olympia organizers offer another ‘Special Invite’ to Kai Greene?

In the weeks leading to the 2020 Olympia Weekend, a number of high profile competitors pulled out from the show. Flex Lewis, Cedric McMillan, James Hollingshead and Rafael Brandao have all pulled out of the event.

Kai Greene being added to the 2020 Mr. Olympia line-up of competitors would make it one of the greatest events in recent years.

Throw in Kai Greene and it will be a epic event.

What happened to Kai Greene?

From his entertaining posing routines to his fantastic physique, Kai is one of the top bodybuilders in the world.

It has been four years since Kai Greene stepped on the competition stage. His last competition was in 2016.

Kai had a disagreement with the Olympia organizers in 2015 and never stepped on the Olympia stage since then.

The reason for Kai Greene not competing at the Mr. Olympia is still a mystery.

In 2017, Kai Greene was offered a ‘Special Invite‘ to compete at the Mr. Olympia, but he unfortunately did not accept it.

In 2018, many believe that Kai Greene lost a great opportunity to challenge for the Mr. Olympia title with Phil Heath not being in his best condition. Phil eventually was defeated by Shawn Rhoden.

2019 was another great opportunity for Kai to challenge for the title with Shawn Rhoden and Phil Heath not competing.

Being away from the competition stage has not slowed Kai Greene down. Kai has been very busy with his own business ventures, plus working on a number of films and very popular television series.

Even with his very busy work schedule, Kai has still managed to maintain his incredible condition. He is always one step away from being contest ready.