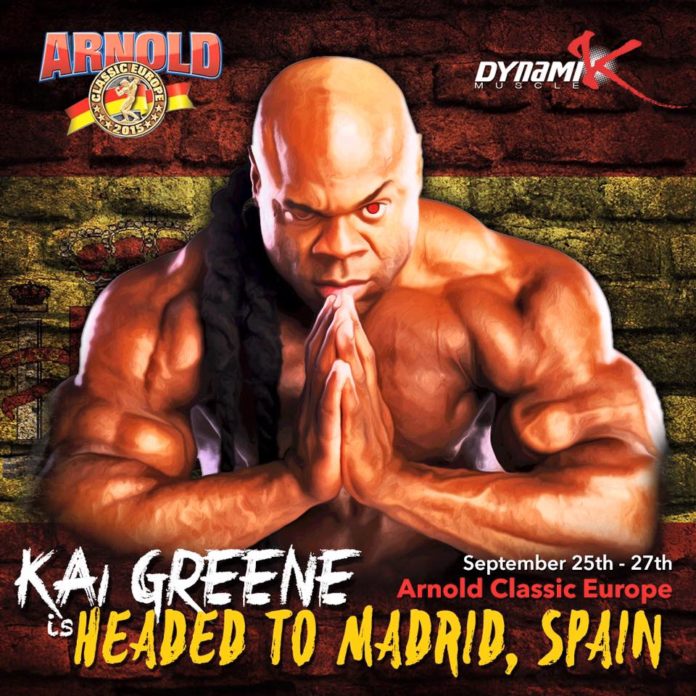 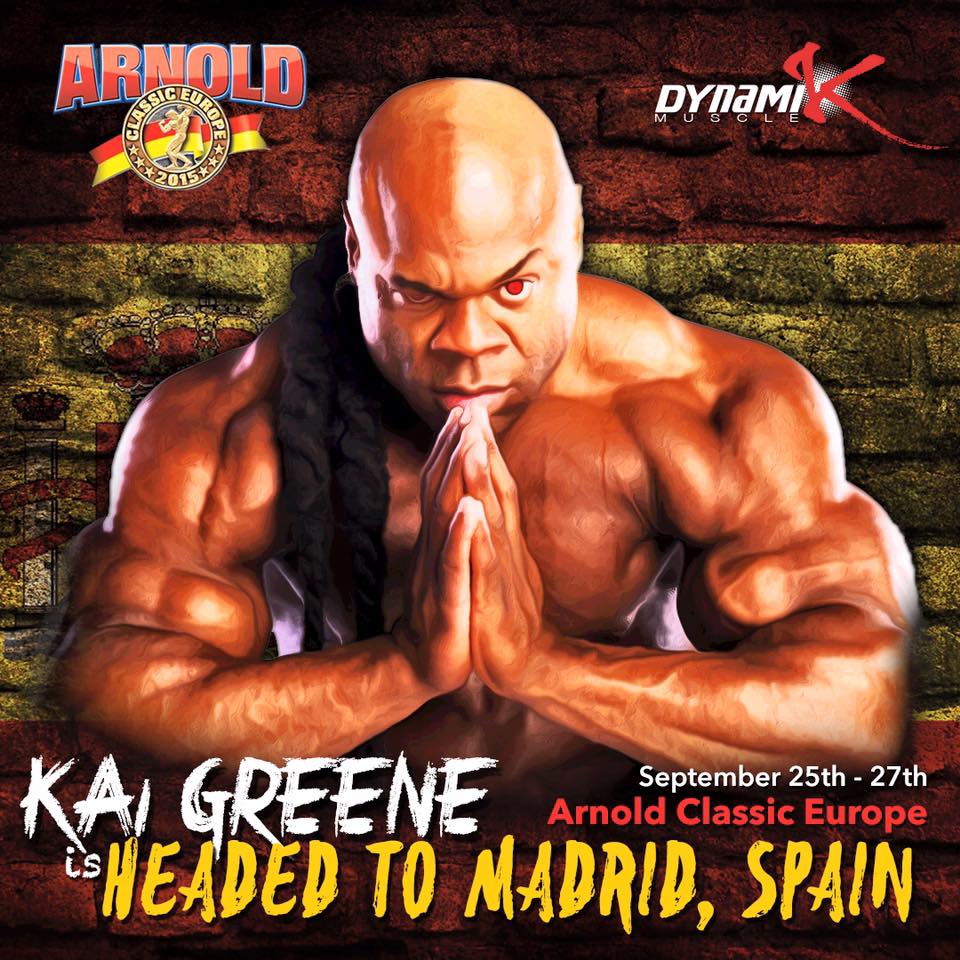 He may have missed the 2015 Mr. olympia, but Kai Greene has confirmed that he is to be a guest poser at the 2015 Arnold Classic Europe in Spain.

Kai has released an official post on his social Media accounts with a photo of himself and the Arnold Classic logo.

We would love to know what the reaction will be with some of the bodybuilders that talked about him at the 2015 Olympia will be…. This will surely be an awkward moment.

But…. until we see Kai step on that stage, everything is up in the air with all that has happened in the past month. 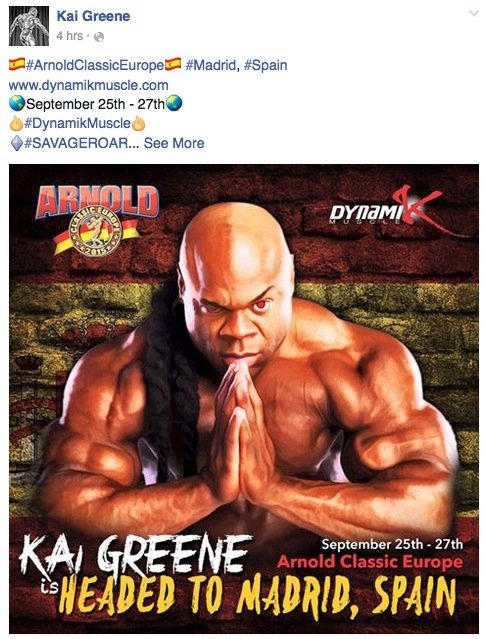