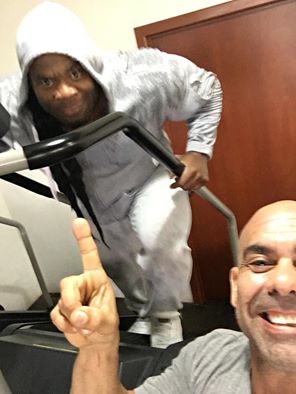 The big question still this year is if Kai Greene is going to participate in the 2016 Mr. Olympia.

Kai Greene is still looked at as Phil Heath’s main competition, but as things look he is leaving the door open for Dexter, Shawn and even Levrone to try to take the title away from Heath.

This weekend, Kai made the trip to Mexico and was spotted training at John Romano’s gym.

Romano posted a photo on his Facebook page and a question was asked if Kai is going to compete at the Olympia, and Romano immediately replied with a ‘no’.

This could be Romano joking around and it could be a true answer. Obviously Kai and Romano talked and it could be John asked him and Kai immediately told him he would not be competing at the Olympia.

As the Olympia gets closer, we will surely hear more about this subject! 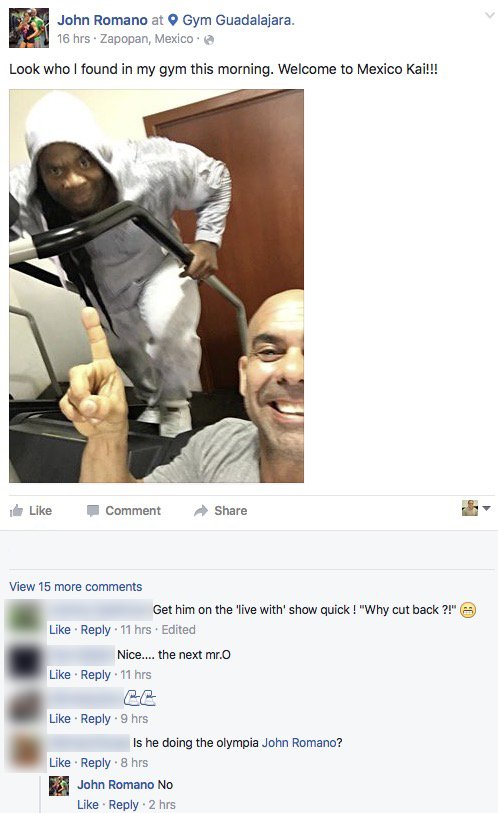 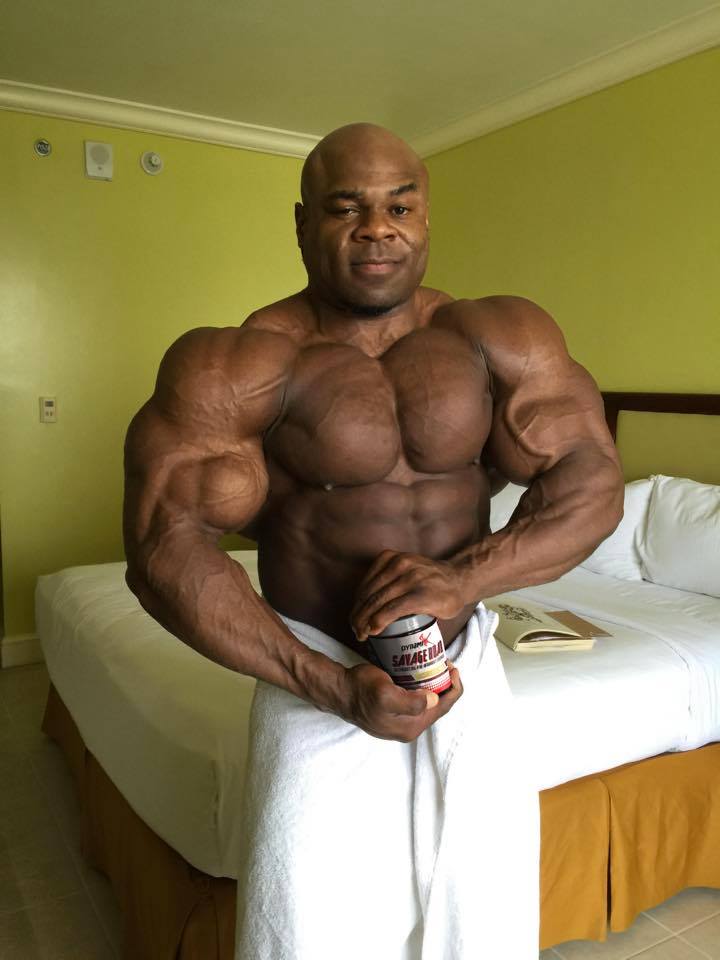