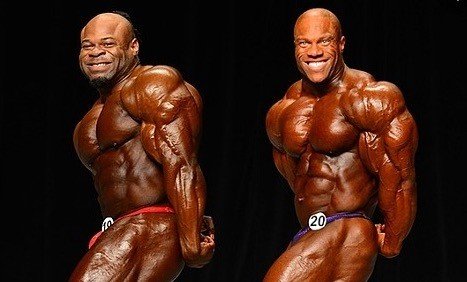 Kai Greene has been speculating if he is going to compete again since he stepped off the Arnold Classic Brazil stage in 2016.

If Kai continued to compete, he would have been a major threat to Phil heath in the last couple of years.

Not only is Kai is missing in action, but even the 7X Mr. Olympia, Phil Heath.

With Kai and Phil away from the bodybuilding stage, cries for these two to return have been increasing before every major competition.

Kai has again got the fans talking and dreaming when he made a post on his official Instagram page.

It looks like Kai is missing the competition stage and he is reminiscing about his epic battles with Phil Heath.

With the Rock revealing his new show called Athleticon, these revelations could be linked to this show.

Could Kai vs Phil be a scenario for Dwayne Johnson’s new show? Well, we have to wait and see!!