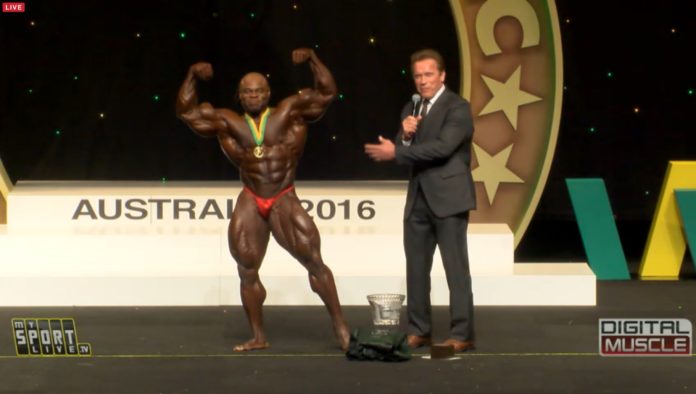 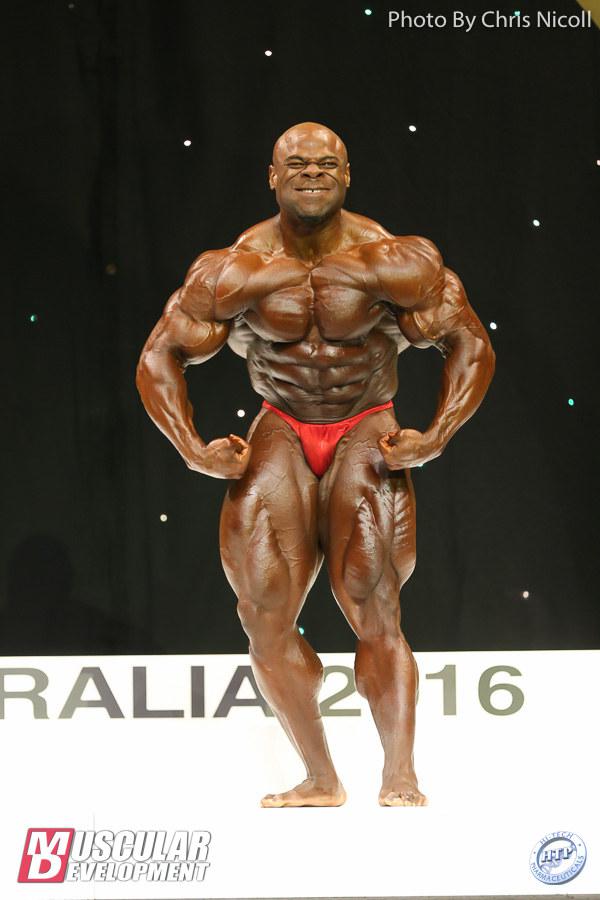 Kai Greene went on to win the 2016 Arnold Classic Australia. Kai now has won back to back Arnold Classic titles after winning in Columbus a couple of weeks ago.

Kai arrived at the Australian edition of the competition more confident and with a more refined physique. Obviously a better Kai Greene was bad news for the other contestants.

Cedric McMillan, who placed second, still had a fantastic physique, but he lacked the sharpness and detail that Kai presented on stage. Many believe Cedric would be unbeatable as Branch Warren said in a interview at the Arnold Classic Australia, but he just has to step on stage just a bit better to have a chance against Kai or even Phil Heath.

Justin Compton looked much better in Australia and placed a deserved third place. If Compton continues to improve this season, victories will definitely come his way. It was a close battle between Justion and Josh Lenartowicz, who placed fourth.

During an interview with Shawn Ray of Muscular Development, Shawn was quick to ask if Kai would compete in the Mr. Olympia, but he basically dodged the question and did not give a definite answer. Kai just said he wanted to enjoy the moment.

Many fans are starting to dream about a Phil Heath – Kai Greene showdown at this years Mr. Olympia, but this is something that Kai can only make possible!