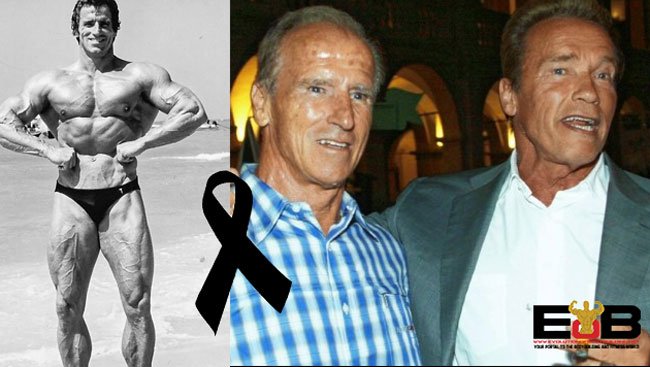 It is with sadness that we report another death in the bodybuilding and fitness world.

Karl Kainrath passed away suddenly in Graz, Austria at the age of 77. He was born on 22 September, 1942

A dedicated athlete, Karl continued to train until the day he died.

Karl Kainrath, a former IFBB Mr. Universe, had an incredibly long career as an amateur athlete with NABBA and the IFBB.

Karl competed between 1969 and 1983 to then return to the stage in 2008 for the IFBB World Amateur Championships over 60 category.

Arnold Schwarzenegger and Karl were very good friends. The two Austrians trained with each other and also competed against each other throughout their bodybuilding careers.

Karl and Arnold Schwarzenegger shared the bodybuilding stage during their NABBA amateur years and remained very close friends throughout their life.

When Arnold Schwarzenegger would travel to Austria, Karl would always take the time to meet him.

Evolutionofbodybuilding.net would like to thank bodybuilding historian Si Sweeney for his valuable contribution.

Evolutionofbodybuilding.net send our deepest condolences to Karl’s family and friends during this difficult time.