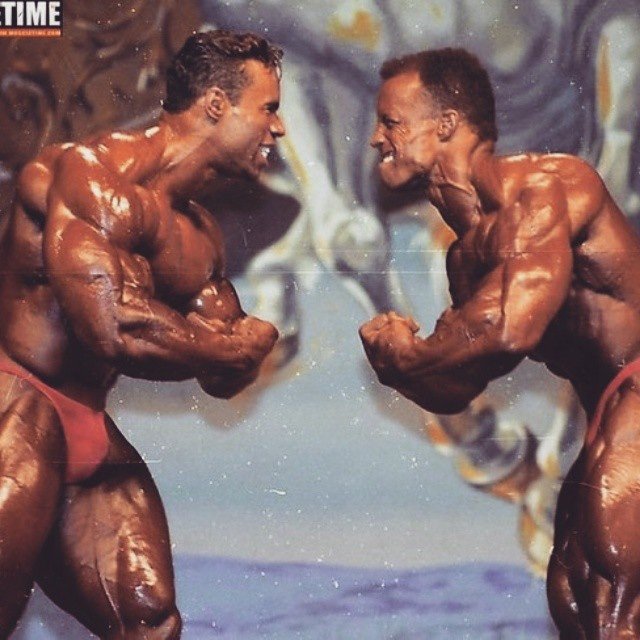 Since Kevin Levrone announced his comeback many have expressed their opinion on the matter. Many comments were made towards Kevin and he just brushed them aside.

But one person seems to make Kevin give a response even though he keeps talking about keeping positive and that is one of his closest friends Shawn Ray.

Shawn Ray expressed his opinion on the subject of Levrone competing a number of times. To be honest they fall in line with a majority of the other people that see it like Shawn.

But for some reason when Shawn speaks, fans try to make him look like the sore loser as he is not competing again.

Shawn on a number of occasions has said he is finished with the stage and has moved on. Which should be respected totally. Shawn stepped of the stage in perfect health and he is enjoying the fruits of his success.

On Saturday, Levrone had his usual live chat on Facebook with his fans and he mentioned Shawn Ray.

Kevin mentioned the subject of size and that Shawn should know about this.

You can watch the entire clip below:

Kevin Levrone answers Shawn Ray regarding his size on stage from Evolution of Bodybuilding on Vimeo.

Not long after, Shawn Ray took to Muscular Development‘s forum to give his reply. Shawn did not deny what Kevin said, as if there is anybody in the history of bodybuilding that proved size does not matter it’s Shawn Ray. 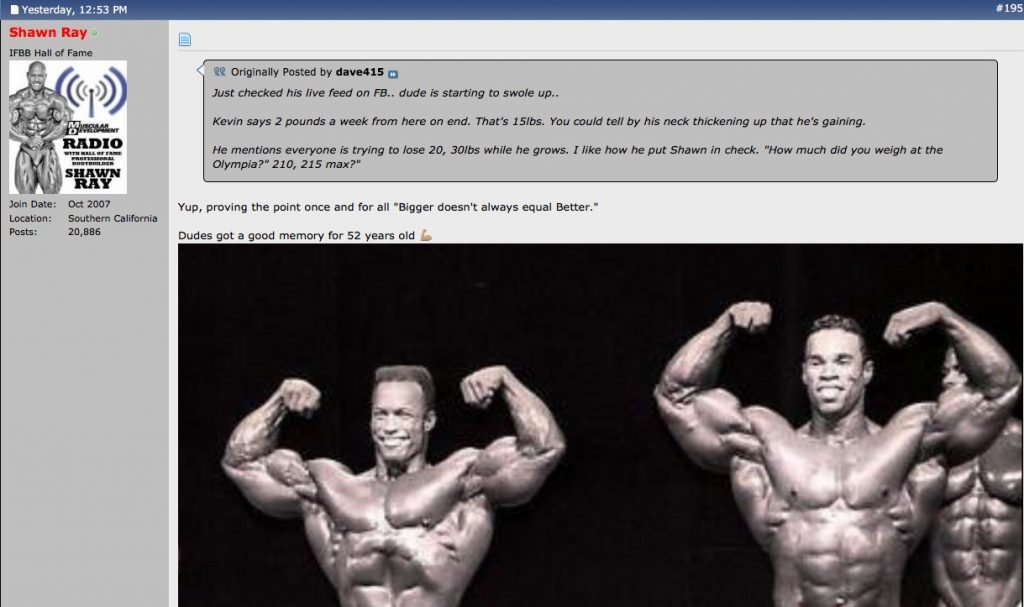 Now more than ever Kevin looks to not playing the size game and he looks as he will be presenting a similar look to the 90’s. Will the judges have a dilemma? Most probably yes, as it will be size or Levrone. So the rest of the competitors better take note.

If we all look at the bigger picture the more Shawn speaks, the more it pushes Levrone to be better.

So Shawn, if you are reading this… keep it going as in the long run your helping your friend Levrone to be the best he can be!!

On another note… Shawn is enjoying life in his retirement and many might be jealous… but in his prime, he was deadly on stage and should of had one Sandow trophy just as Levrone should have.