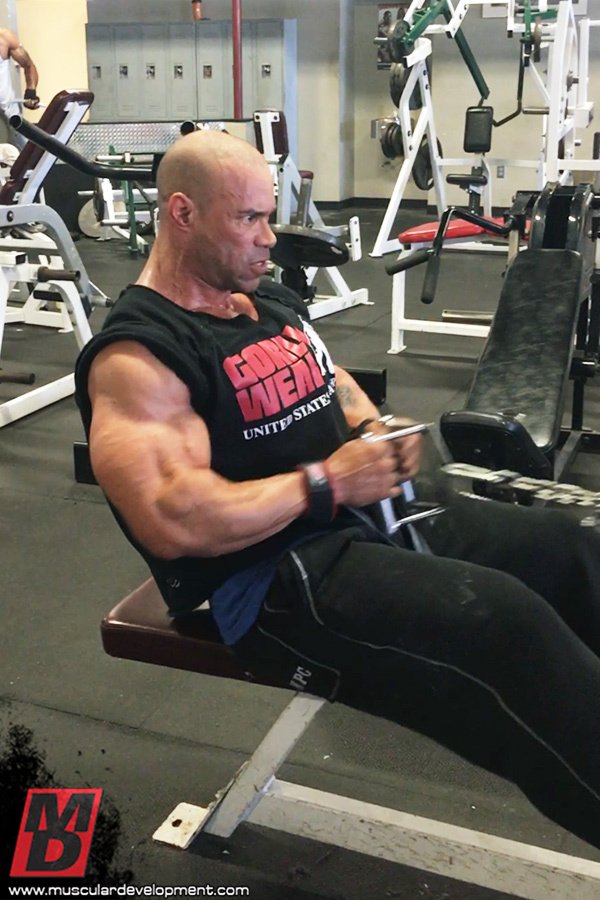 This weekend during the 2016 Baltimore Pro, Kevin Levrone was present to greet the competitors and as well do a feature for Muscular Development magazine.

Kevin did not show a lot as he said he would keep covered up, but from what we can see Kevin Levrone is not aiming to be the biggest bodybuilder on the stage.

Many are already saying, “he does not look so big”. But we all know what Levrone is capable of doing and with 8-weeks to go, Levorne still has a lot of time.

Kevin knows he will not be the biggest and with his experience he knows the biggest bodybuilder is not the one that always wins.

Kevin is looking to be on track with his trademark razor sharp look.

It looks as Kevin is going to present a physique that has not been seen for a long time.

Now the big headache will be for the judges as it has been a while since we have seen something like this on stage.

The trend in the last 10 years was bigger is better and many bodybuilders were losing their way trying to get bigger to beat the reigning champion. Dexter Jackson is basically the only bodybuilder that could fall in the category of Kevin Levrone, but he has also gained some size in recent years to compete with Jay Cutler and Phil Heath.

If Levrone comes in with a slight smaller but sharper look, we could be witnessing something special.