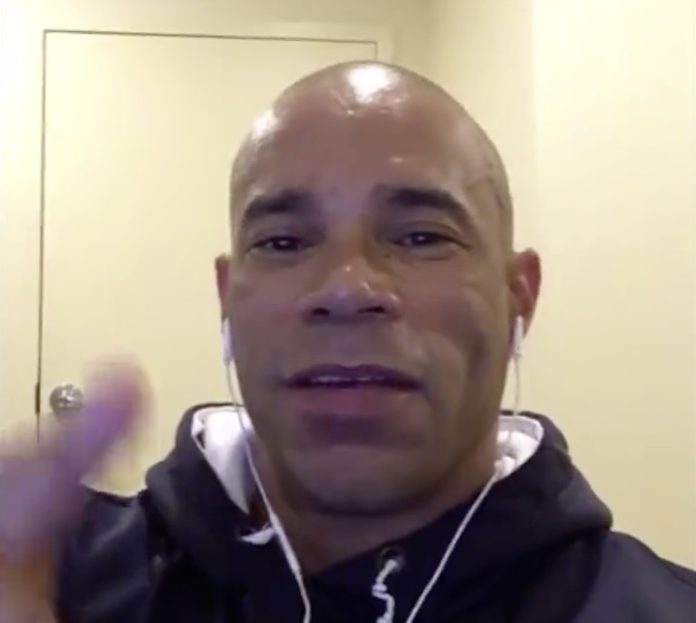 Last week as usual, Kevin Levrone was talking ‘Live’ to his fans via his Facebook page .

As usual, I listen to as much shows as possible related to bodybuilding and fitness, especially the live feeds.

Levrone has always been respectful and it was a treat to hear him call me out as I was just listening to the Live feed.

Kevin Levrone talks about www.evolutionofbodybuilding.net from Evolution of Bodybuilding on Vimeo.

Preparing for a bodybuilding competition is no easy task, imagine what it feels like at his age and preparing for the Mr. Olympia.

It is great that Kevin is still reaching out to his fans at this stage of his prep for the big show.

Working with Levrone side by side at the 2016 Levrone Classic gave me the chance to see how Kevin treats his fans. From giving out free material all day at the expo, making sure he takes a photo with all the fans waiting in line and sometimes even having a chat with them. Of course you will get the occasional person that says he did not talk to him, but this is surely unintentional.

From a business relationship, it has turned into a friendship and with that it opened the door for me to meet very important people in the field.

Not too many IFBB Pro’s give you that chance… who knows how many emails we sent out in the beginning when the site was launched. I do not blame the athletes as they cannot reply to all the emails.

Surely, I will never forget that day when I got a call on my mobile and heard that voice ‘Hey Kev… it’s Levrone’. I knew it was not a joke as who knows how many times I heard his voice during interviews.

To sum this all up… Thanks Kev, it’s greatly appreciated!!