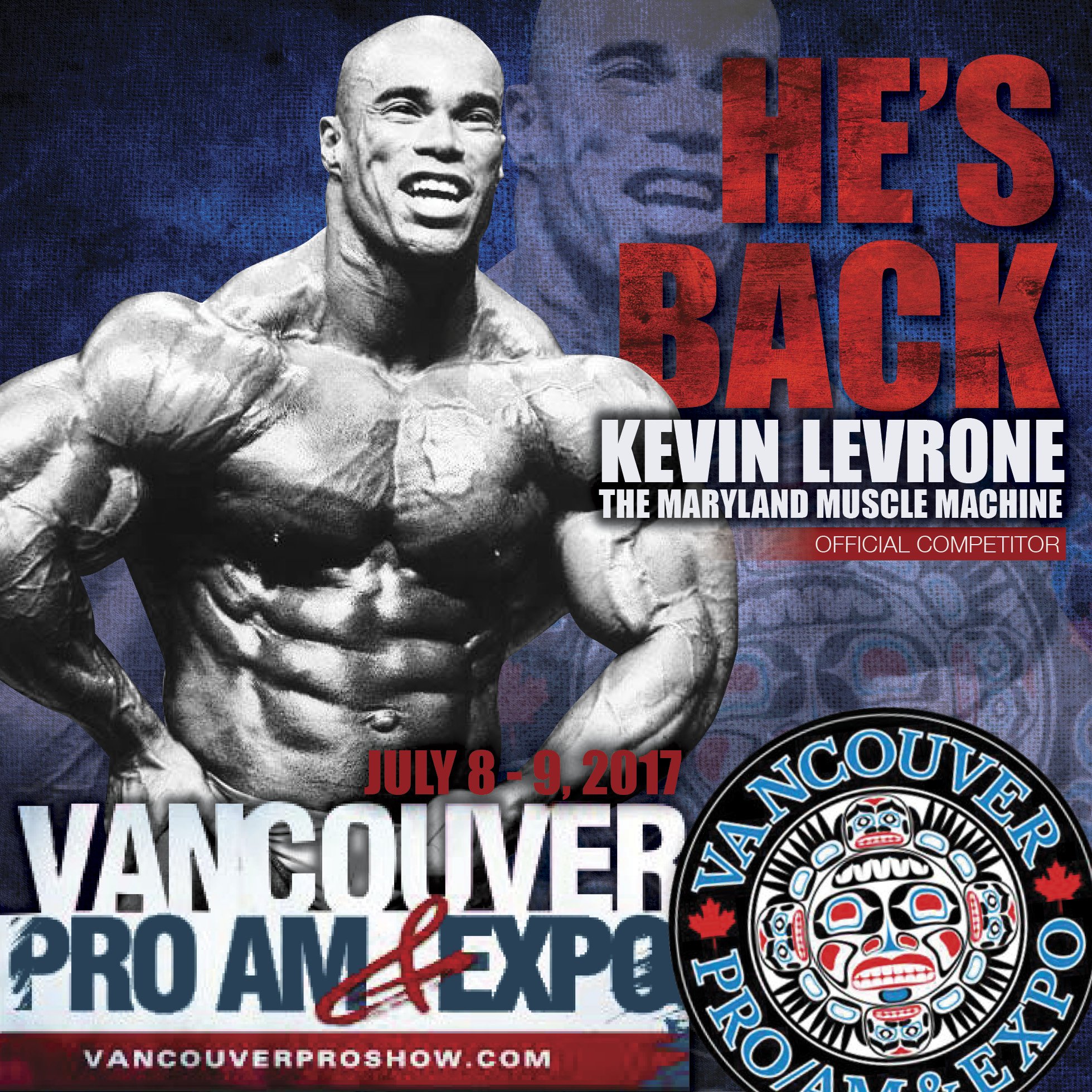 Kevin Levrone will be competing at the 2017 Vancouver Pro Show in July 2017.

An official press release was released by the organizers on Friday evening.

Levrone’s mission will be to qualify for the 2017 Mr. Olympia. Levrone is already looking much more improved compared to his 2016 appearance where he had a number of injuries to battle when he was preparing for the Olympia.

Levrone has taken care of his recent injuries and has been training at 100%. Footage can be seen on his official Facebook or Instagram page.

We managed to speak to Kevin this morning while he is at the Europe Sport Power Show in Wrocław, Poland. The IFBB legend is in good spirits and said his training and progress is going as planned. 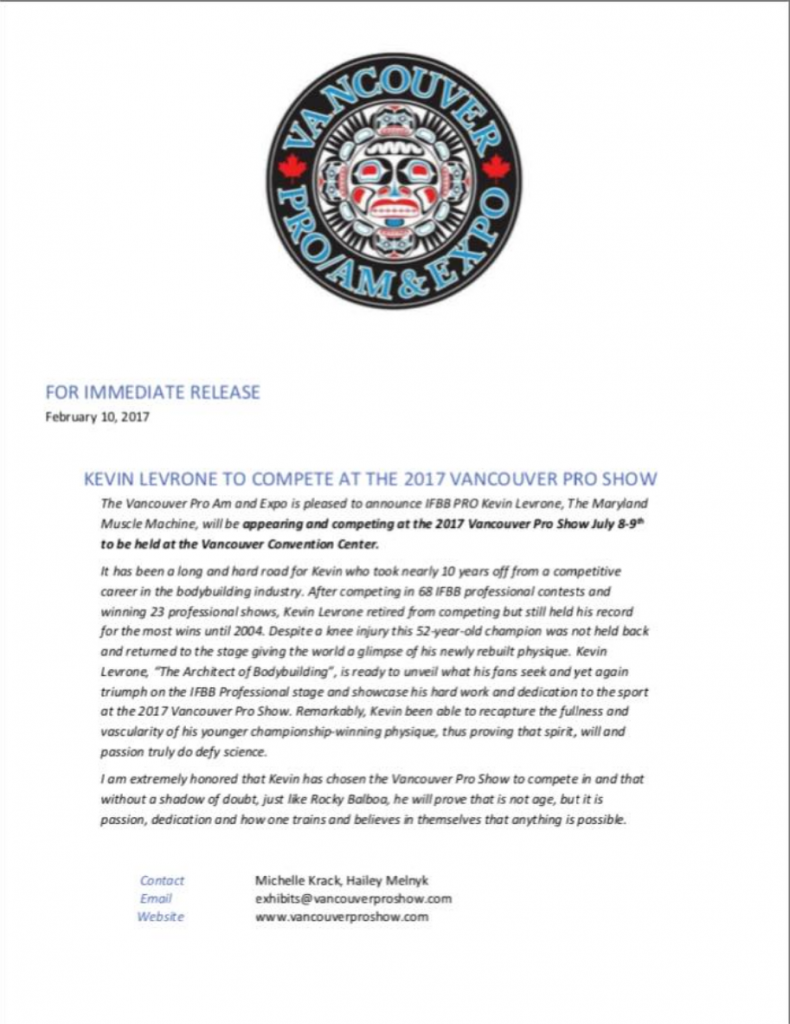