Kim Chizevsky was bor on April 23, 1968, she is an American professional female bodybuilding champion, and fitness and figure competitor. 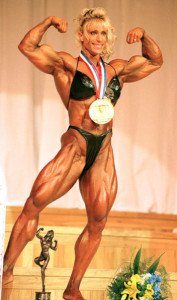 Chizevsky was born in 1968 in Mattoon, Illinois, and was raised in Decatur. Chizevsky was a multi-sport star in high school. In addition to participating in volleyball, basketball, and cheerleading, she ran the 100, 400, 800 relay, and mile relay, threw the shot and discus, and did the long jump. She then attended Southern Illinois University, where she studied to be a paralegal. While in college, she joined the dance squad and participated in aerobics. After a couple years of dance and aerobics, a friend convinced her to try bodybuilding.

Despite no training, diet, or preparation, she finished second in her first show, the 1989 NPC Tri-State, competing at 121 pounds (55 kg). Chizevsky earned her pro card by winning the 1992 IFBB North American Championship, competing at 147 pounds (67 kg).

She had moderate success in her first few years of pro competition, including winning the 1993 Ms. International, but the Ms. Olympia title eluded her. Chizevsky finally unseated six-time defending champion Lenda Murray in 1996, and started a four year reign of her own.

Over the years she continued to gradually add size to her 5-foot-8-inch (1.73 m) frame; at the 1997 Ms. Olympia, she competed at 157 pounds (71 kg). Chizevsky decided to retire from bodybuilding after winning the 1999 Ms. Olympia. According to Bill Dobbins she retired due to gender discrimination guidelines set up by the IFBB that advocated for more “femininity” and less “muscularity” in the sport.

She gave up much of her muscle gains and began competing in fitness and figure competitions in 2001 with only limited success. 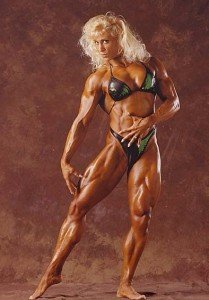