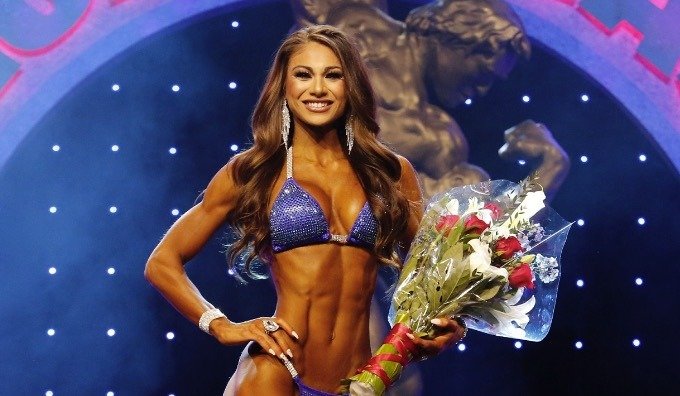 COLUMBUS, Ohio – Janet Layug of Lakeland, Fla., scored the highlight of her career when she won the Bikini International for the first time in her sixth competition on the Arnold Classic stage.

Layug had previously finished a career-best second in Columbus in 2018 after third-place showings in 2015 and 2016 and a fourth-place effort in 2017. After her victory, she received congratulations from Gov. Arnold Schwarzenegger, $7,000, a Tony Nowak Official Champions Jacket, and the champion’s trophy from Carol Zawadzki of Midway Labs USA and Steve Slater of ROGUE Fitness. 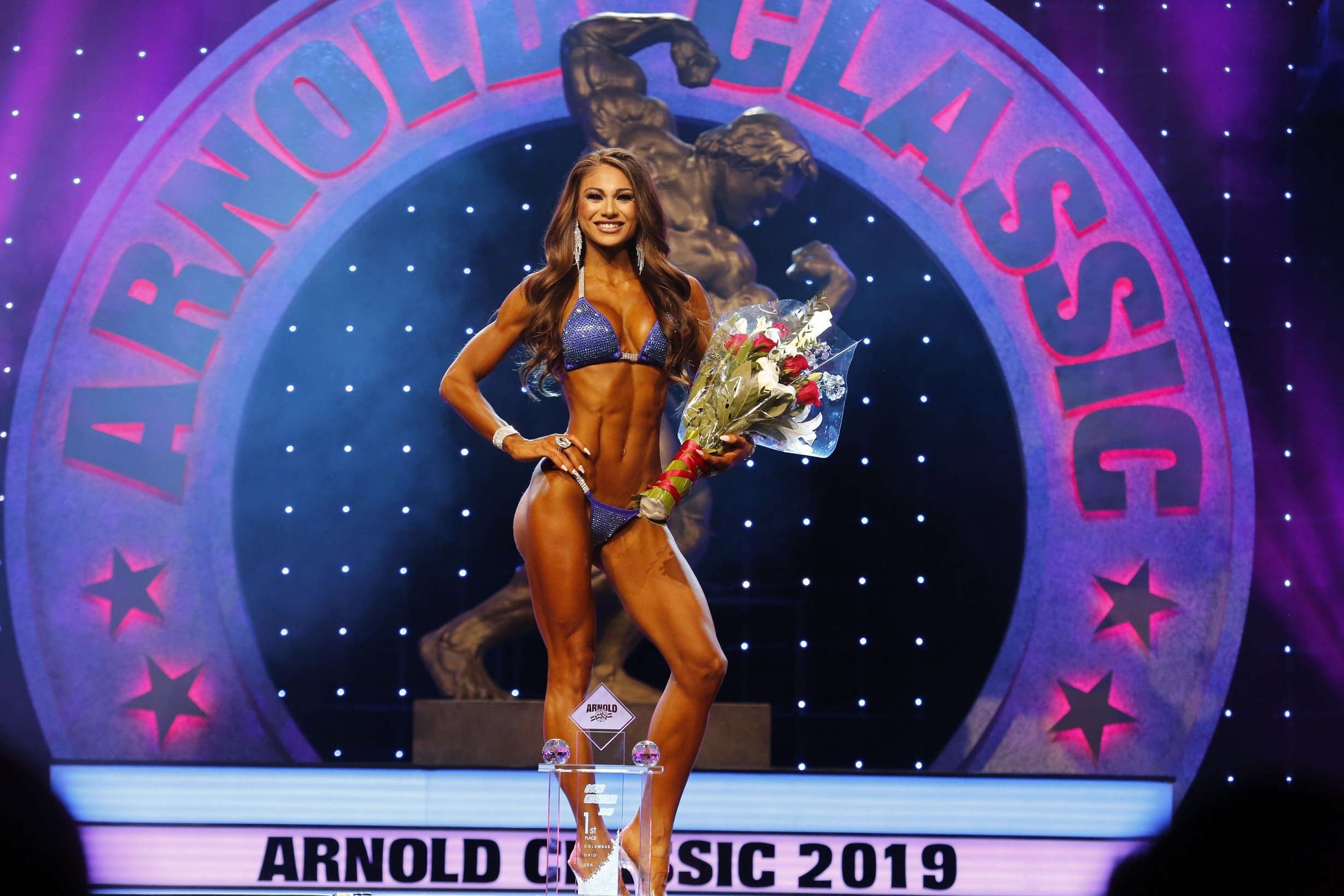 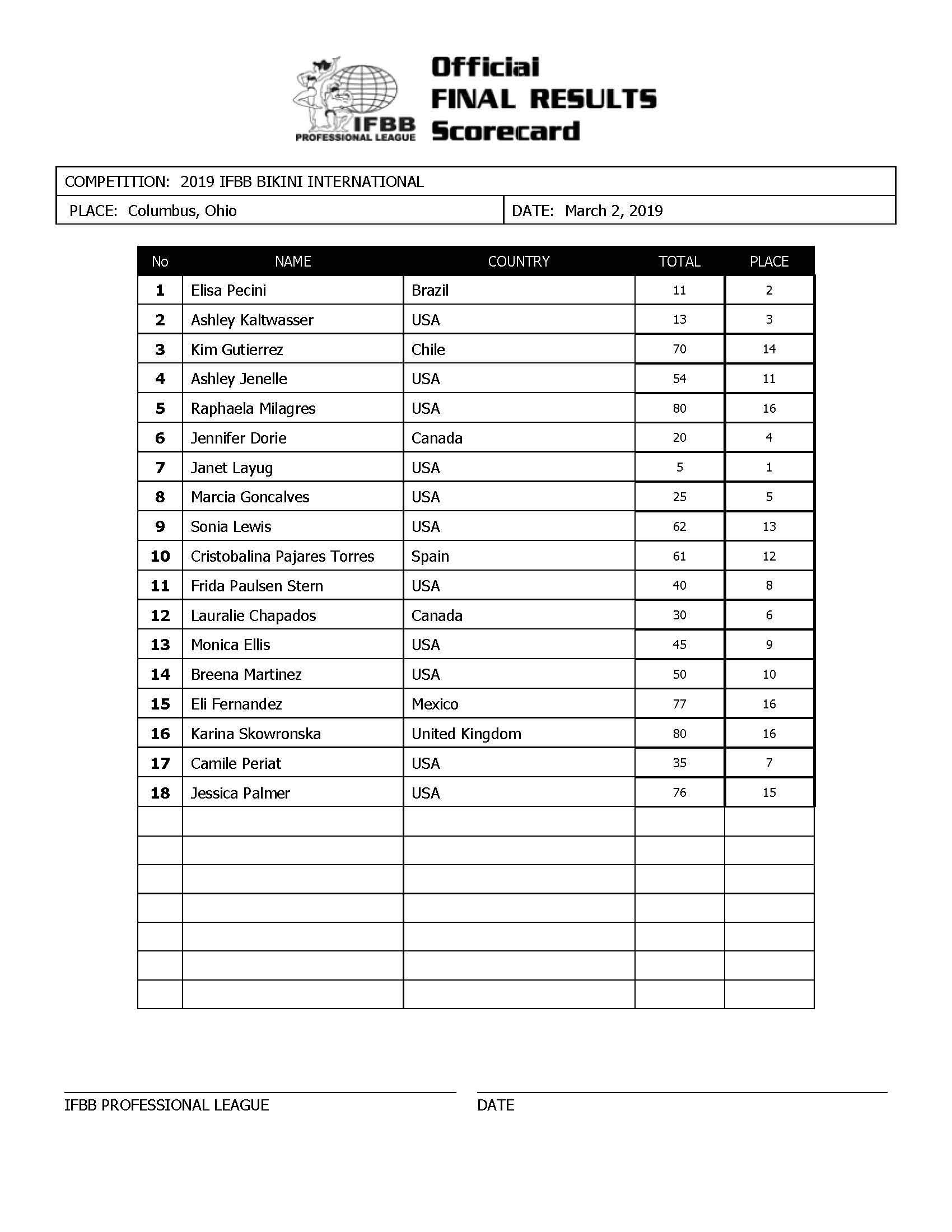