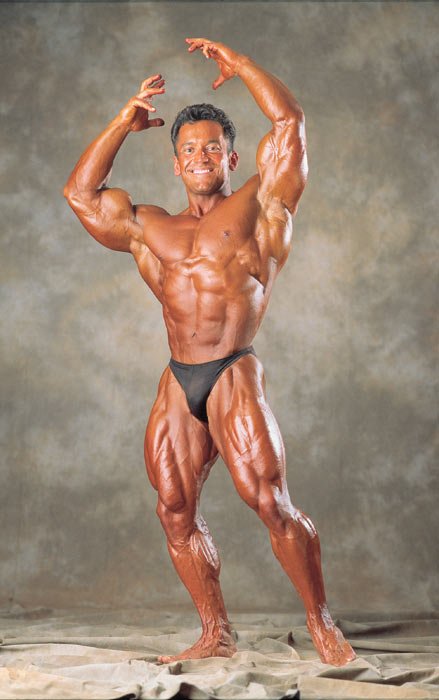 Labrada was born in Cuba at a time when Fidel Castro was freshly entrenched. When Lee was two, his grandmother fled with him to the United States. Lee’s parents followed later. He moved from Chicago, Illinois, to Jacksonville, Florida, where his first contest yielded a victory at the 1978 Teen Mr. Jacksonville. He stood above the others at 5’6″ and at a “gigantic” 130 pounds!

By 1979, Labrada had moved to Houston, Texas, to finish his bachelor’s degree in engineering and to build one of the best bodies ever to be seen on a physique stage.

After several attempts at earning a pro card, Labrada finally achieved that goal by winning the middleweight class at the 1985 World Amateur Championships in Sweden.

One of the shorter professionals to compete in the modern era of the IFBB, Labrada won eight of his 25 contests – including a pro debut victory at the 1986 Night of Champions. In his 25 pro contests, he never placed out of the top five and in 21 of those events, he was in the top three! Labrada entered the Mr. Olympia each year from 1987 to 1993, and he was the runner-up to Lee Haney in 1989 and 1990.

Labrada’s worst placing was at his farewell competition – he was fifth at the Arnold Schwarzenegger Classic in 1995. After that, he directed his energies into what has become the Labrada Nutrition company, which is very successful, and he has a family life that sets a good example for all.

Labrada is one of the few men in history to place among the top four contestants in seven consecutive Mr. Olympia shows, although the first-place title itself eluded him during his highly successful professional career.