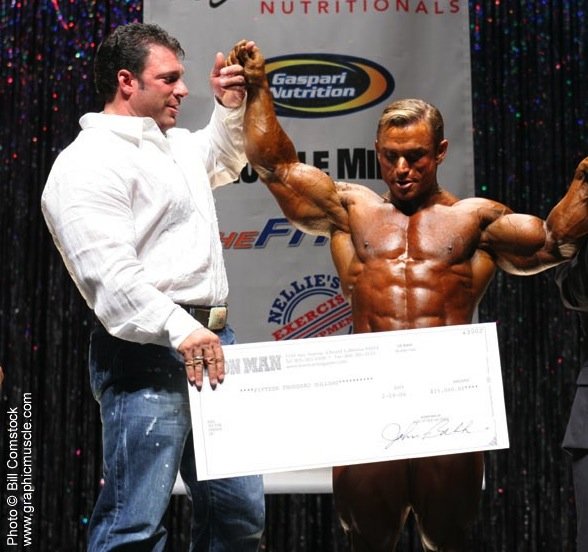 In the last couple of days, Lee Priest made his views heard regarding his previous contest condition and the state of bodybuilding on Musclesportmag.com.

As well, Priest took the time to express his views regarding Bob Cicherillo. (You can follow the entire debate here)

Evolutionofbodybuilding.net was one if not the first website to make comments made by David Baye, Bob Cicherillo & Peter McGough about ‘extended abdominal sections’ during the IFBB Orlando Europa competition a couple of weeks ago.

As a website focused on the art of bodybuilding and trying to promote the perfect physique, we were not to happy of the outcome of this discussion. Muscular Development, a website that has such a large following could of took the opportunity to make a point out of this subject.

But they decided to touch the subject a bit and stay away from it.

Taking nothing away from MD as they do have great contest footage…. this does not mean they cannot put their foot down on certain problems in the sport, and they know what these problems are.

Getting back to Lee Priest and Bob Cicherillo, it seems these two are in for a great battle of words. Bob, being a IFBB Rep and an employee of MD is limited to what he can say. The same cannot be said for Lee Priest, who literally can say what he wants as a contributor on Musclesportmag.com.

Many bodybuilding fans made their views heard on MD’s ‘No Bull’ forum and it seems it is not going in  Chicerillo’s favor!!! You can read the comments HERE

On a side note, Lee Priest would of been a dominant for force in the Men’s 212 category, but bodybuilding politics and ridiculous rules have prevented this from happening.

Many IFBB bodybuilding Federations in different countries have let their bodybuilders compete with other federations on the condition that they keep their mouth shut. But I guess this rule is only applied to competitors that are outspoken on subjects regarding this sport!

The video that started it all!!