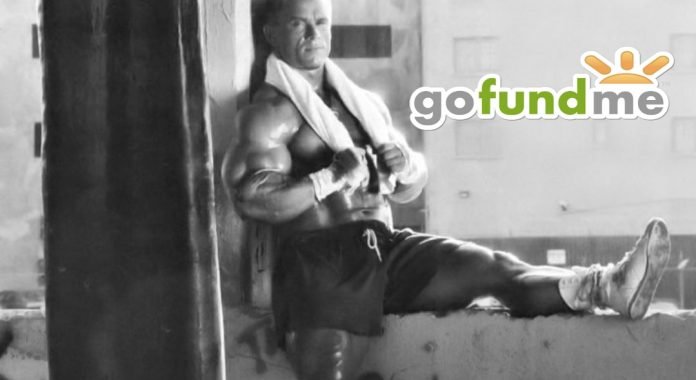 Lee Priest has now turned to his fans for help to raise funds for his medical bills.

A GoFundMe account was created by Lee Priest and promoted on his social media pages.

Reality has finally hit the loudmouth of bodybuilding.

Evolutionofbodybuilding.net follows as many podcasts as possible and Lee Priest is on a number of them.

As Lee can be funny at times, he can be very offensive, and his way of handling things can work against him.

One example is getting a life ban from the IFBB when he was at the peak of his career.

As Lee built continued to build his presence online as being the bad body of bodybuilding, he lost the respect of many in the industry.

What is shocking is that Lee has always gave the impression that he is financially stable and does not need any assistance from anybody.

But as many others, the reality is the total opposite.

Lee has now created a GoFundMe account to help with his medical costs.

Lee unfortunately suffered a very bad injury in a car accident which put a stop to his bodybuilding career.

It’s a shame as Lee was a great bodybuilder.

Still a popular figure in the industry, Lee has now tuned to his fans to help financially with the goal to reach $70,000.

Not long after, Lee Priest raised the total needed to $100,000. (Images at end of article)

Will he reach his goal? He probably will as there are many rebels in the industry that support him.

Lee himself criticized and ridiculed many websites and bodybuilding journalists (including this site) as ‘keyboard warriors’ living in the basement of their mothers house.

Evolutionofbodybuilding.net has removed every article related to Lee Priest from this website due to his actions. It is a shame as most of the articles were praising Lee Priest.

What can be said is that many of these ’keyboard’ warriors work hard to make a decent living and support their families.

The majority of the ‘keyboard warriors’ have great careers, full-time jobs and own bodybuilding sites as another income or hobby.

It was not long ago that Lee was showing off his nice expensive sports car on social media.

Maybe it’s time for Lee to sell the car and put the money to good use.

There are options if his bodybuilding career has ended… they call it work.

As we have always donated to legit GoFundMe campaigns, unfortunately, this is one that will be skipped.

In 2018, Lee Priest seemed to have a much better idea of what GoFundMe should be used for. (See video at end of article)

The majority of comments are totally against Lee asking for money.

The last five and a half years has definitely been not the best ones in my life. One morning I was happily enjoying my training, thinking of future titles I could add to my collection and next minute the opportunity was taken away from me by a reckless driver.

The car crash crushed a nerve in my neck which led to muscle atrophy and loss of strength in the right side of my body.

On a grand scheme of things, this injury might not seem like the most serious one, especially when you look at the outcome of most car accidents. But for me, whose life was and still is dedicated to bodybuilding was a career-ending one.

I cannot build muscle mass or even have symmetry in my upper body.

However, there is still hope as an operation combined with a stem cell treatment could help me to return to my formal self.

Big Thank you to all the fans who stuck with me for all these years! 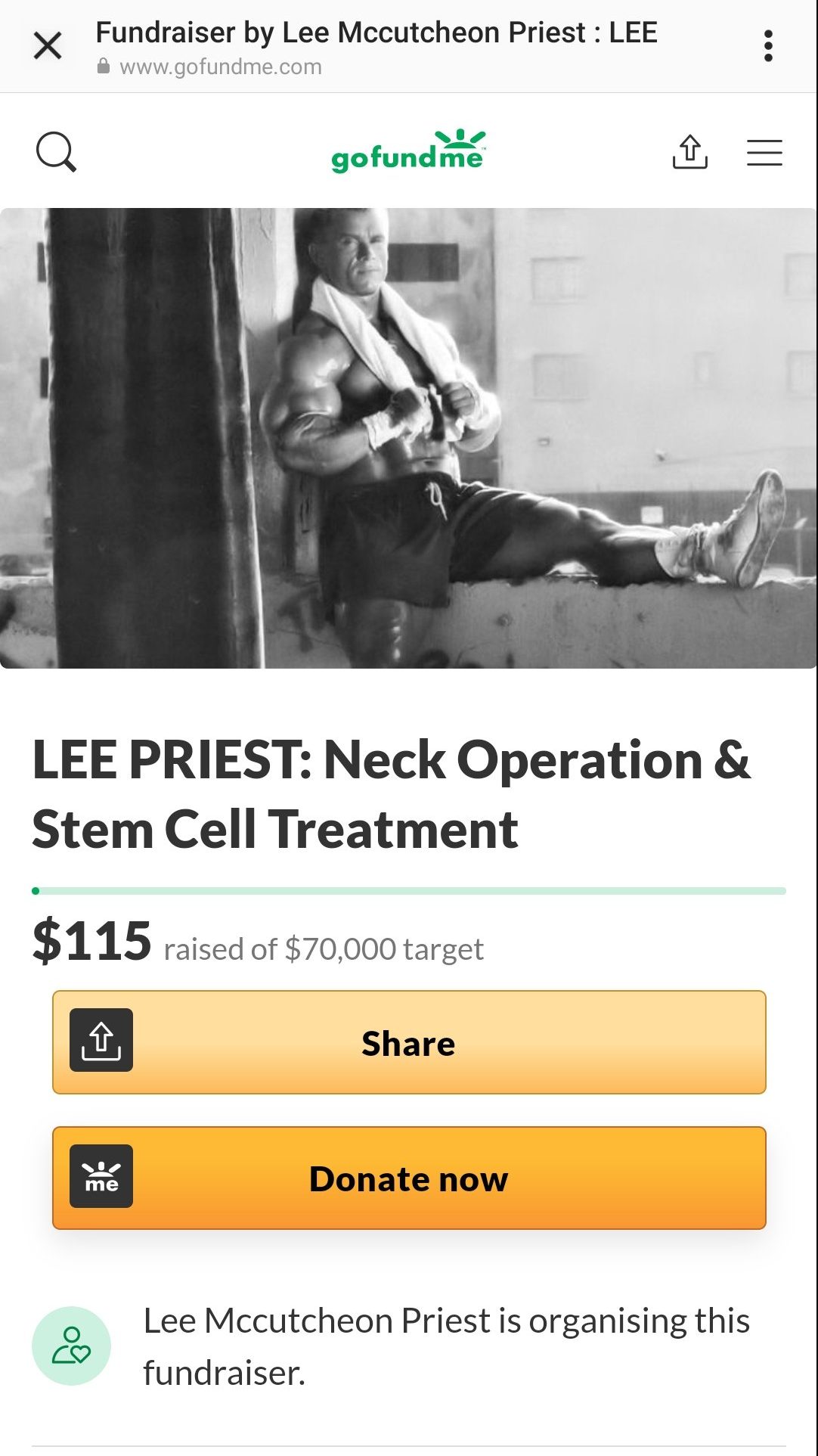