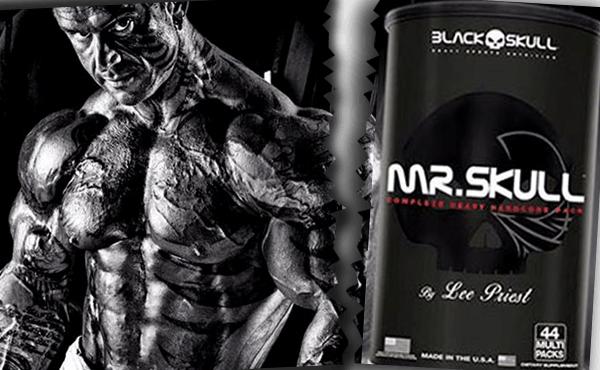 Lee Priest has been very busy with Black Skull in recent weeks touring the world promoting their products.

The company have started to release a number of items and as well supplement products with Lee Priest’s tattoo image on the products.

You would think all is good between the two parties, but it seems that Lee Priest is not gaining financially from all this and as well Lee has stated he has not even received any of the products, such as the phone covers.

As well all know, Lee Priest is one of the most open people in the industry and he explained everything through his social media.

Black Skull did reply, but they did not really agree with Lee’s argument.

leeapriestYou would think having my tattoo image on phone cases and battery packs and phone charges etc I would get one?? No guess things are done different these days I must buy ? Well that’s crazy Use my tattoo likeness to sell stuff I don’t get. So I just say to my fans. Don’t buy. Respect these days is a thing of the past. I’ll always give respect when shown or even before shown. But disrespect me then you’ll get the other side. @blackskullusa

blackskullusaLee I am proud to have you on the team, I’ve hired you since August 2014 before I released the brand worldwide and whatever you need I’ll be ready to help you. I just want to remind you and your fans that you get royalties for every single product the brand sells and get paid for it. Marcelo Bella CEO.

leeapriest@blackskullusa no I get a set amount every month which I been on since beginning. When my products Mr Skull etc came out I was told I would get a %. So if now I have products for last year and half why is pay still the same as when I first signed. I get no royalties. It was in contract I get $$ a month and it’s not changed since day one.

leeapriest@leeapriest so let’s get this right. I signed for $$ before products even on market before Blackskull was launched. Now 4 years on with products and my products I still on same contract amount I was on at start. Royalties not going to me other wise there would of been pay increase as company grew ??

blackskullusa@leeapriest You’re right the company grew and we are releasing new products. By having great work ethics you are going to achieve your goals. 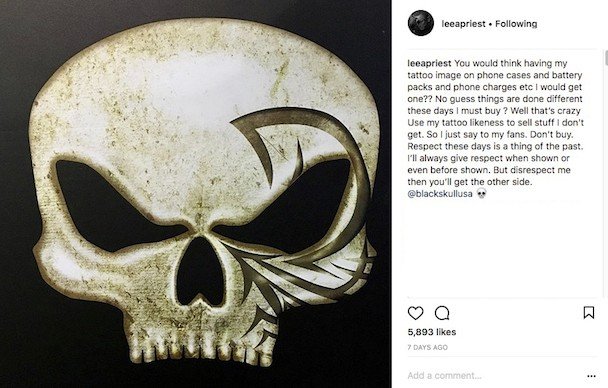 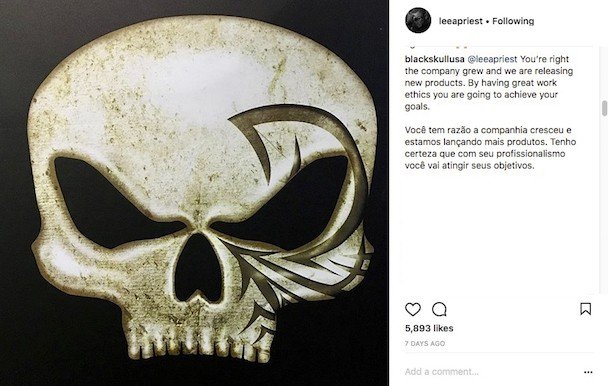 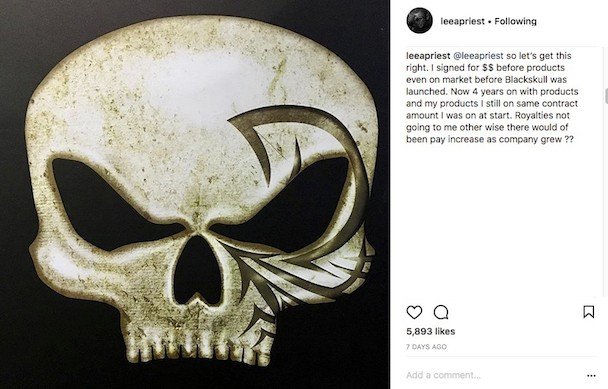 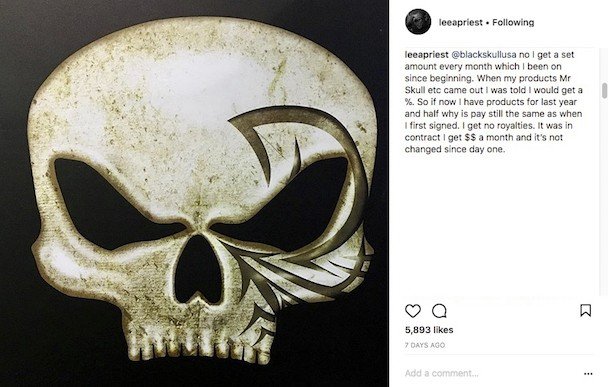 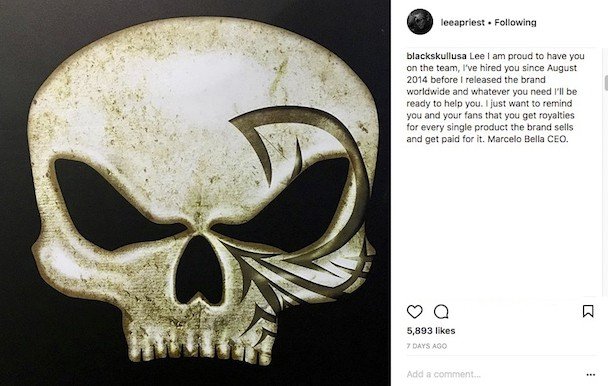