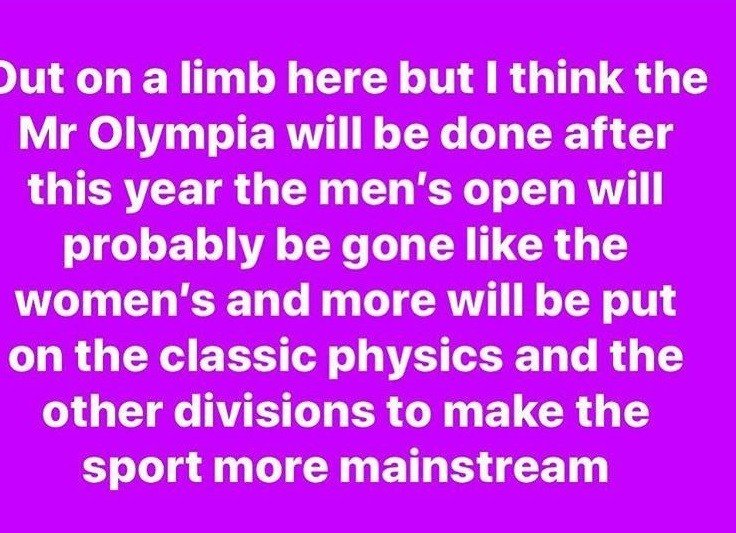 In the past few days the Olympia Weekend has been the hot topic on social media.

With a new judging feature that lets the fans pick the “People’s Champion’ for the Mr. Olympia, the Olympia has been a hot topic.

Bodybuilding fans have been arguing about this new feature since the announcement.

As well, a few weeks ago, Physique Olympia winner Jeremy Buendia also caused some controversy regarding his comments that Physique and Bikini class are the way forward and bodybuilding is losing its spark.

To add to the subject, bodybuilding’s favorite athlete, Lee Priest published a comment that turned a few heads.

Lee Priest never holds back on any comment or opinion and we really appreciate this.

This is what he said on his official Instagram page:

“Out on a limb here but I think the Mr. Olympia will be done after this year the men’s open will probably be gone like the women’s and more will be put on the classic physics and the other divisions to make the sport more mainstream.” – Lee Priest.

Did Lee write this post as a joke? or is this what he really feels about the situation about the sport?

Lee has his feet firmly on the ground and he is commenting on the Olympia without any pressures from the people that run the show. 99% of the bodybuilding news sites (especially in the USA) that cover the IFBB Pro League will only report positive news about the event as they want their press passes to get into the show and are scared they will lose sponsors.

Lee is right in what he is saying if you really read between the lines. Unfortunately, women’s bodybuilding has become to extreme for the person on the street, so they invented the women’s physique class and this put the last nail in the coffin for women’s bodybuilding.

The men’s classic physique/classic bodybuilding is gaining popularity very fast. The physiques that are being presented are being accepted much more than the hardcore bodybuilding look. More men are seeing these physiques close to something they can achieve. As well we cannot the female fans, they prefer this class over the hardcore look.

Saying that the open class will disappear mite be a bit extreme, but Lee is telling is something that surely needs to be looked into.

It could be as well, this is Lee’s response to Jeremy Buendia‘s comments regarding bodybuilding losing popularity.

The Olympia organizers have been doing everything to bring the crowds and sell tickets for the contest in recent years. From bringing legends back to the sport up to adding new judging features.

Whatever the outcome, we need to see what comes out all of this. 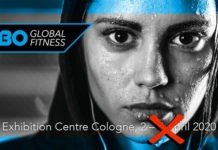