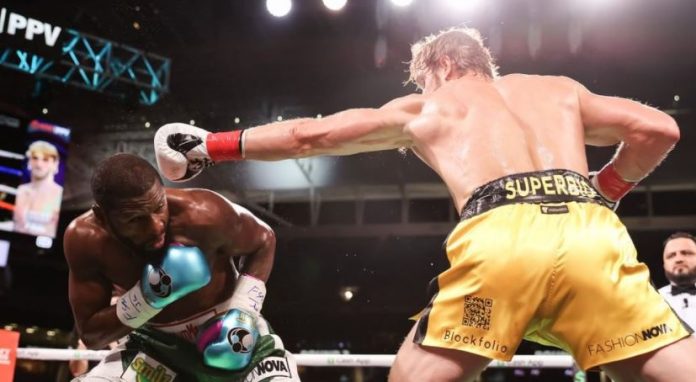 On paper, it would be a easy fight for the veteran Floyd Mayweather, but Logan Paul had other ideas.

The fight went the distance of eight-rounds, with no winner being announced due to exhibition fight rules.

Floyd Mayweather, who retired in 2017 with an impressive 50-0 record, dominated the fight, but the much heavier social-media sensation Logan Paul absorbed the pressure.

Landing a number of punches himself on 44-year old Floyd Mayweather, showed that Logan was looking for the finishing punch.

After the fight, Floyd explained that he enjoyed the fight and he did not expect Logan to be so good.

Obviously, fighting a heavier competitor was no easy feat for Floyd, but his vast experience was the key.

Logan carried a substantial height advantage plus was at least 35lbs heavier and that size was most valuable in helping to absorb some of Mayweather’s attacks.

Logan started to signs of exhaustion in the final three rounds but showed genuine toughness to take a few of Mayweather’s punches, and to spoil the smaller man’s skills, to survive until the final bell.

This exhibition match did not count towards Mayweather’s exemplary professional record of 50 wins and no defeats.