What a controversial and exciting event it was. As all the competitors were preparing for this contest they had no idea lurking behind the scenes was Arnold Schwarzenegger preparing to enter the show.

Arnold came out of retirement and entered the show one day before it took place.

The competitors were under the impression that Arnold was going to MC the show.

When the competitors found out about Arnold entering, some athletes did not take it well, especially Mike Mentzer.

While Frank Zane made it to the stage to defend his title… other competitors were pointed out as favorites to win. Boyer Coe, Mike Mentzer and Chris Dickerson could of all easily took the first place sport that evening.

Many till today criticize Arnold for entering the contest or even say the contest was fixed so Arnold would win.

Looking at the footage over and over again, Arnold to be fair was not that far off from his best.

This cannot be said for the 1981 Olympia were Franco did not even compare to the rest of the field, that was a total disaster… but that is another story.

Arnold Schwarzenegger had a physique that could do battle with the other competitors.

Arnold was not out of shape and his poses matched up with the rest.

Not too many bodybuilders comeback to the Mr. Olympia stage and get any good results. But in 1980, Arnold Schwarzenegger was not out of the game for too long and he prepared for a show and brought to stage a world class physique again.

Should he have won? well that will still be up to you, the fan to decide. But in reality, this competition was not so controversial at all. 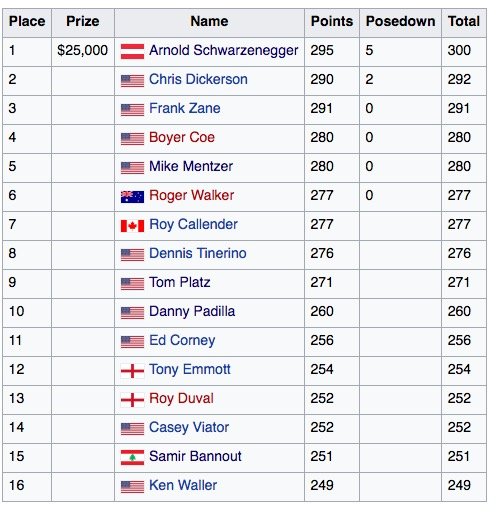