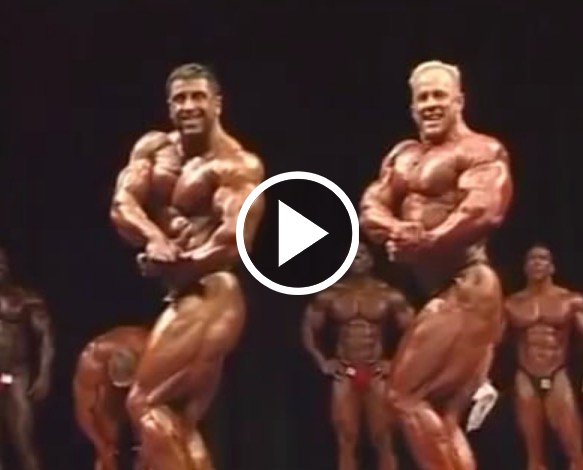 It was well known back in the early 2000’s that King Kamali and Craig Titus where not the best of friends on stage.

Both commenting about each other in the media at the time.

Finally in 2004 at the IFBB Australian Grand Prix, these two wild competitors where called out together to go through their comparisons.

King Kamali would edge out Craig by placing in fifth place while Craig had to settle for sixth.

During their comparisons, you can see the line-up of bodybuilders laughing hysterically at Kamali and Titus as they went through their moves.

Dexter would eventually go on to win the competition, but the highlight of the event was surely Kamai and Titus.

It would be great to see more of this type of rivalry on stage but at the same time the athletes showing respect for each other by shaking hands as Kamali and Titus did at the end.

As everybody knows King Kamali later on retired and now trains a number of competitors while Craig is serving time for murder.