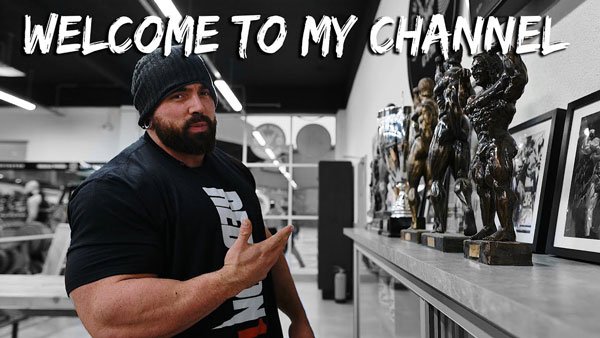 Finally, the wild boy, Luke Sandoe has launched his own official Youtube Channel.

In fact, Luke has already uploaded a few videos in the past three years, but now he is talking directly to the fans.

Luke has become a popular guest on a number of other channels such as Fouad Abiad and Redcon’s Youtube channel.

With all his popularity and his latest success on the pro stage, it is the best time for Luke to basically rebrand his Youtube channel and do his own thing.

In his first episode, Luke introduces himself and as well talks about the trophies he won as an amateur.

The trophies are on display at the gym he regularly trains at.

We can expect a lot of good laughs, uncensored conversations and surely great entertainment.