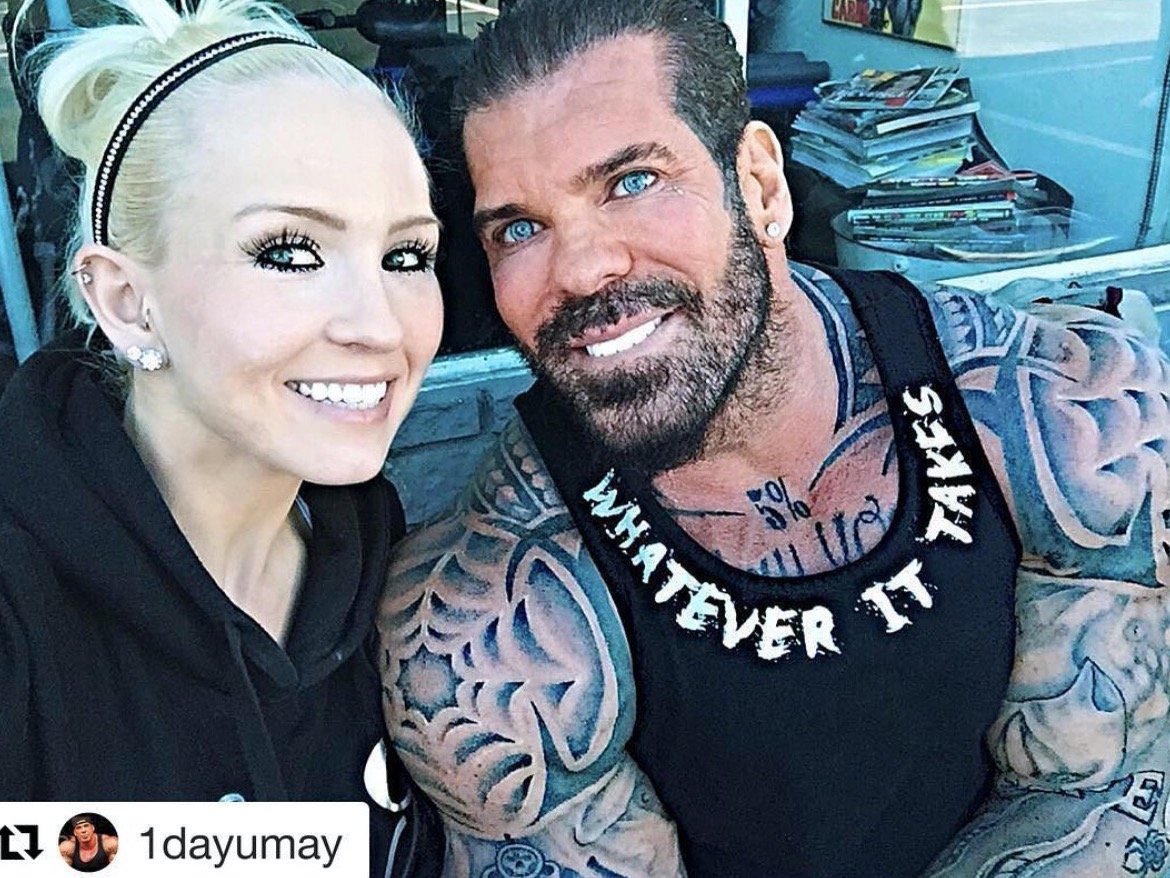 The bodybuilding world is still trying to figure out if Rich Piana has passed away or not.

TMZ.com is the only source that said Rich Piana is still alive with comments from his current girlfriend.

In the meantime, his previous wife, Sarah ‘Piana’ Heimis went to her official Instagram page to write a long message dedicated to Rich Piana when she found out he passed away.

In her message, Sarah did say that she even had to save Rich Piana’s life when they were together, confirming that Rich had some close calls during his life.

As well, Sarah also revealed some shocking information that she is still legally married to Rich Piana. Surely this will add more confusion after his death.

We all thought all was finished between Sarah and Rich Piana, but apparently it is not according to Sarah.

This is Sarah’s message in full:

sara.ice.queenI’m in tears writing this that @1dayumay has just passed away. I can barely believe this… I am so saddened & heartbroken that he didn’t make it. I just want to say THANK YOU Rich for teaching me so much about life, whether it was the easy or the hard way. We had our ups and downs but we sure had an awesome time in each other’s presence along with us fighting through some dark times together.

You truly touched many people’s heart and helped so many!!! It inspired me in many ways to see the huge impact you had on people all over the world. Not many people know that me and him are STILL legally married till this day despite all rumors. I have NOTHING to gain by saying that but want everyone to know the truth. I know that people say stuff on social media but I truly am not the “bad” person people think I am.

I actually saved Rich’s life 1 time before, glad I was there for him at that time. Rich, I hope you feel better now in heaven and that you’re up there healthy, smiling & telling everyone “how it is, being REAL & doing your thing”. Rest In Peace my dear husband.
#GoneButNeverForgotten #RichPiana #RIP 😢 🙏🏼❤️. P.S. I want to wish my deepest condolence to Chanel @c_no5 and thanking her for being there for him, loving him & showing him support. You’re an angel.
We will all miss him so much, may his soul & spirit Rest In Peace Forever🙏🏼.
XOXO Sara Piana.

To continue on this subject, we came across a very interesting post from John Hawley

As a Bodybuilder Do You Have A Living Will & Durable Power of Attorney?
Bodybuilding for some is an extreme lifestyle that coupled with some protocols may result in untimely passing. A will can ease the complications of probate and a durable power of attorney allow for your actual choice of representation if incapacitated and you wish someone other than legal next of kin to be making life and death decisions on your behalf.

In the recent cases of a very young Dallas McCarver its not inconceivable that he did not have a will and if not how do those remaining know for certain that his assets and remains were handled in a way that he would like versus what those around him choose to do? In the case of Rich Piana passing away the same week its been revealed by Sara Piana that they were still married although not living together. As he moved to Florida from California at about the time of their separation what updates were made to the legal status of his assets that impact not only his estate, but the employment of many working for his company? 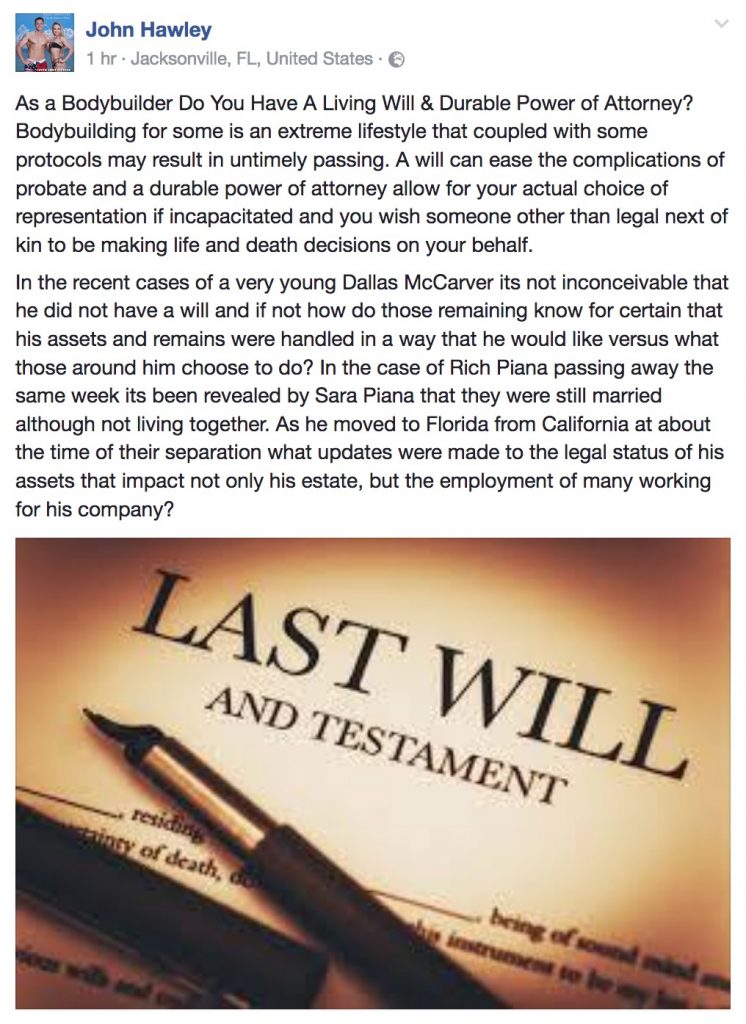