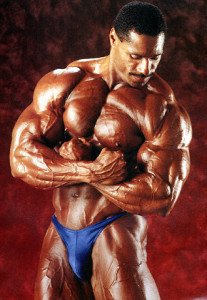 At age 10, Christian moved from Cleveland, Ohio, to California where he got into a few scrapes. By age 19, he was living in Oregon and entered and won his first contest, Mr. Portland.

Continuing his march onto the battlefield of bodybuilding in 1979, Christian placed third at the AAU Mr. Pacific Northwest contest and third in the AAU Junior Mr. America .

In 1982, he switched to NPC contests and placed fifth in the heavyweight division at the NPC Nationals, watching Lee Haney win the overall. With six TV stations covering Christian’s unanimous victory at the 1983 California State Championships at Fresno High School ’s amphitheatre, he must have felt his future looked spotlit.

Christian’s ticket to the pro division came with a 1984 heavyweight win at the World Amateur Championships. Seven months later, he debuted at the Night of Champions, landing fourth place. Rich Gaspari took second place, and he and Christian enjoyed a fierce rivalry throughout their careers. Christian appeared in five Olympias (1985, fifth; 1986, third; 1987, fourth; 1989, sixth; and 1990, fourth).

Christian’s five years in the IFBB yielded five wins among 22 contests.
His onstage career came to an end after he competed in the short-lived WBF contests of 1991 and 1992. Always one of the most gregarious athletes on the circuit. 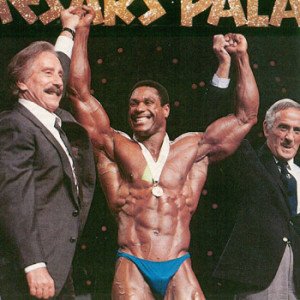