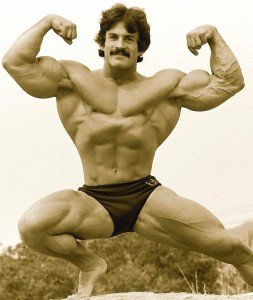 Mike Mentzer started competing in local physique contests when he was eighteen. His first contest was in 1969. In 1971 he suffered his worst defeat, placing 10th at the AAU Mr. America, which was won by Casey Viator. Mentzer considered his presence at this contest important later on, as it was here that he met Viator who gave Mentzer the contact information for his trainer Arthur Jones. After a layoff of a few years, he returned to competition in 1975 at the Mr. America, placing third behind Robby Robinson and Roger Callard. Mentzer went on to win that competition the next year, in 1976. He won the 1977 North America championships in Vancouver, British Columbia, and competed a week later at the 1977 Mr. Universe in Nîmes, France placing second to Kal Szkalak.

In 1978, Mentzer won the Mr. Universe in Acapulco, Mexico with the first and only perfect 300 score. He became a professional bodybuilder after that 1978 Universe win. In late 1979, Mentzer won the heavyweight class of the Mr. Olympia, again with a perfect 300 score, but he lost in the overall to Frank Zane who was awarded the title for a third time that year. In the 1980 Mr. Olympia he placed fourth (in a tie with Boyer Coe) behind Arnold Schwarzenegger, Chris Dickerson and Frank Zane. He retired from competitive bodybuilding after that show at the age of 29. He maintained that the contest was rigged until the day he died, and never said he thought that he should have won, but that Arnold shouldn’t have, though he eventually got on good terms with Schwarzenegger. 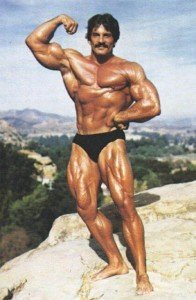 Mentzer was an Objectivist and he insisted that philosophy and bodybuilding are one and the same. He said “Man, is an indivisible entity, an integrated unit of mind and body.” Thus, his books contain as much philosophy as they do bodybuilding information.

Mentzer took the bodybuilding concepts developed by Arthur Jones and attempted to perfect them. Through years of study, observation, knowledge of stress physiology, the most up-to-date scientific information available, and careful use of his reasoning abilities, Mentzer devised and successfully implemented his own theory of bodybuilding. Mentzer’s theories are intended to help a drug-free person achieve their full genetic potential within the shortest amount of time.

High-Intensity Training the Mike Mentzer Way was Mentzer’s final work. In it, he detailed the principles of high intensity weight training. Weight training, he insisted, had to be brief, infrequent, and intense, in order to attain the best results in the shortest amount of time. Heavy Duty II also espouses critical thinking. In this book, Mentzer shows why people need to use their reasoning ability to live happy, mature, adult lives, and he shows readers how to go about doing so. Bodybuilding was endorsed as only one potential component of an individual’s existence, there being many other worthwhile pursuits that he encouraged through his books. 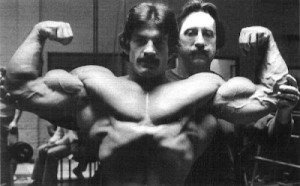 Diet has always been as important, if not more, as weight-training for bodybuilders. However, in his book Heavy Duty Nutrition, Mentzer demonstrated that nutrition for athletes did not need to be nearly as extreme as the bodybuilding industry would lead one to believe. His recommended diets were well balanced, and he espoused eating from all four food groups, totaling four servings each of high-quality grains and fruits, and two each of dairy and protein daily, all year-round.

Mentzer believed that Carbohydrates should make up the bulk of the caloric intake, 50-60%, rather than protein as preferred by others. Mentzer’s reasoning was simple: to build 10 pounds of muscle in a year, a total of 6000 extra calories needed to be ingested throughout the year, because one pound of muscle contains 600 calories. That averages 16 extra calories per day, and only four of them needed to be from protein—because muscle is 22% protein, about one quarter.

While Mike Mentzer was serving in the US Air Force, he would work 12-hour shifts, and then follow that up with ‘marathon workouts’, as was the accepted standard in those days. In his first bodybuilding contest, he met the winner, Casey Viator. Mentzer learned that Viator trained in very high intensity (heavy weights for as many repetitions as possible, to total muscle fatigue), for very brief (20–45 minutes per session) and infrequent training sessions. Mentzer also learned that Viator almost exclusively worked out with the relatively new Nautilus machines, created and marketed by Arthur Jones in Deland, Florida. Mentzer and Jones soon met and became friends.
Jones pioneered the principles of high-intensity training in the late 1960s

. He emphasized the need to maintain perfectly strict form, move the weights in a slow and controlled manner, work the muscles to complete failure (positive and negative), and avoid over-training. Casey Viator had seen fantastic results training under the direction of Jones, and Mentzer became very interested in this training philosophy. Eventually, however, Mentzer concluded that even Jones was not completely applying his own principles, so he began investigating a more full application. He began training clients in a near experimental manner, evaluating the perfect number of repetitions, exercises, and days of rest to achieve maximum benefits. 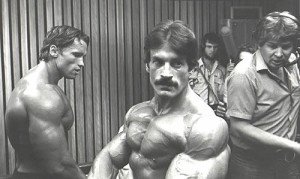 For more than ten years, Mentzer’s Heavy Duty program involved 7-9 sets per workout on a three day-per-week schedule.With the advent of “modern bodybuilding” (where bodybuilders became more massive than ever before) by the early 1990s, he ultimately modified that routine until there were fewer working sets, and more days of rest. His first breakthrough became known as the ‘Ideal (Principled) Routine’, which was a fantastic step in minimal training. Outlined in High-Intensity Training the Mike Mentzer Way, fewer than five working sets were performed each session, and rest was emphasized, necessitating 4–7 days of recovery before the next workout.

According to Mentzer, biologists and physiologists since the nineteenth century have known that hypertrophy is directly related to intensity, not duration, of effort (Mentzer 2003;39). Most bodybuilding and weightlifting authorities do not take into account the severe nature of the stress imposed by heavy, strenuous resistance exercise carried to a point of positive muscular failure.

Mentzer’s training courses (books and audio tapes), sold through bodybuilding magazines, were extremely popular, beginning after Mentzer won the 1978 IFBB Mr. Universe contest. This contest gathered a lot of attention, because at that contest he became the first bodybuilder ever to receive a perfect 300 score from the judges. Some time later, Mentzer attracted more attention when he introduced Dorian Yates to high-intensity training, and put him through his first series of workouts in the early ’90s.Yates went on to win the Mr. Olympia six consecutive times, from 1992–1997.
In the late 80s, Mentzer returned to training bodybuilders and writing for Iron Man magazine and spent much of the 1990s regaining his stature in the bodybuilding industry.

Mike had met Dorian Yates in the 1980s and made an impression on Dorian’s budding body building career. Years later when Yates won Joe Weider’s “Mr. Olympia”, he credited Mike’s “Heavy Duty” principles for his training. Mike, his brother Ray, and Dorian formed a clothing company called “MYM” for Mentzer Yates Mentzer, also known as “Heavy Duty Inc”, in 1994. MYM was based on the success of Don Smith’s “CrazeeWear” bodybuilding apparel. The three principals wanted to capitalize on the physically fit lifestyle, which today has gone mainstream. With the blessing and promotion of Joe Weider, the trio manufactured and distributed their own line of cut and sew sportswear.

Mentzer died on June 10, 2001 in Rolling Hills, California. He was found dead in his apartment, due to heart complications, by his younger brother and fellow bodybuilder Ray Mentzer. Two days later, his brother Ray also died in his sleep after complications from his long battle with Berger’s disease.