Mike O’Hearn is a real-life super hero. Like the bodybuilding greats before him, Arnold Schwarzenegger and Lou Ferrigno, Mike holds 4 Mr. Universe titles and was voted one of the 12 greatest physiques of all times by the fitness industry. Undefeated in the Joust competition, Mike will be back for Season 2 of NBC’s smash-hit television series AMERICAN GLADIATORS where he is know as “Titan.”
Mike is a true champion and well-rounded athlete with a background in natural bodybuilding, strongman, power lifting, and mixed martial arts. Before winning his 4 Mr. (Natural) Universe titles, Mike was Mr. California, Mr. USA, Mr. American and Mr. International. He is also a 4-time Power Lifting Champion, and 2-time Iron Warrior: Decathlon of Strength Strongman Champion. Mike has graced the covers of over 500 magazines worldwide earning him the title of 7-time Fitness Male Model of the Year and putting that title in retirement. His 2008 magazine covers include Muscle Magazine International, REPS and Iron Man Magazine. Women around the world will recognize Mike as the cover model for Topaz romance novels. 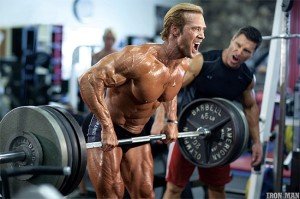 Recent television and radio appearances include Ellen, Today Show Weekend, TV Guide Channel’s Reality Chat, Reality Remix, E! Hollywood Hot Bodies, national radio media tours on100’s of stations throughout the country and the nationally syndicated shows Hollywood Confidential with Leeza Gibbons and Loveline.
A life-long proponent of the natural approach to bodybuilding, Mike is the author of “Proven Techniques for Drug Free Bodybuilders.” A book which he wrote to inspire and teach the next generation of weightlifters and bodybuilders that you can achieve success without the use of enhancers such as steroids or growth hormones.
Mike and Miss Fitness California, Sherlyn Roy, created S.H.I.F.T.I.N.G.—Serious High Intensity Fitness Training Integrating Nutritional Guidelines, to help their high profile Hollywood celebrity and executive clients reach their fitness goals. 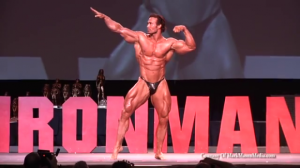 Mike grew up on a farm in Kirkland, WA and has 9 brothers and sisters. He began competing in bodybuilding at the age of 15 when he won the Teenage Washington State competition. In college O’Hearn was a 3-time All State Defensive Tackle and All American football player.
In addition to appearing as Titan on American Gladiators, Mike will be seen in NBC’s on-air advertising for the summer Olympics. When not training, Mike is busy writing, producing, and directing his own movie about a character that discovers he is a superhero and has a leading role in the just released NATIONAL LAMPOON TV – THE MOVE. Other films roles include BARBARIAN and KEEPER OF TIME.