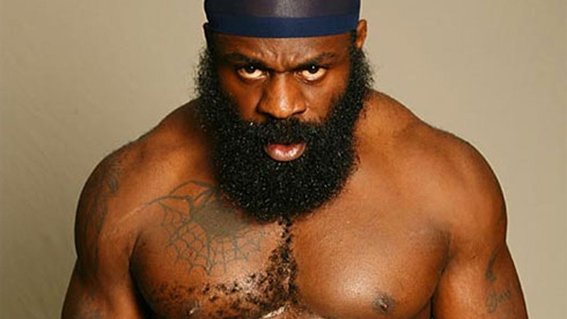 Kimbo Slice, a man who went from backyard fighting sensation to MMA ratings king, died Monday at the age of 42, sources confirmed with MMA Fighting’s Ariel Helwani. The cause of death was unclear.

It was not long ago when we were amazed watching Kimbo on YouTube, taking on anybody that came at him. Raw fighting without and protection what so ever made Kimbo a YouTube sensation.

“We are all shocked and saddened by the devastating and untimely loss of Kimbo Slice, a beloved member of the Bellator family,” Coker said. “One of the most popular MMA fighters ever,  Kimbo was a charismatic, larger-than-life personality that transcended the sport.

“Outside of the cage he was a friendly, gentle giant and a devoted family man. His loss leaves us all with extremely heavy hearts, and our thoughts and prayers are with the entire Ferguson family and all of Kimbo’s friends, fans, and teammates.”

TMZ reported Monday that Slice was rushed to the hospital in Coral Gables, Fla., his city of residence, and was in dire condition.

Slice, whose real name is Kevin Ferguson, gained acclaim for his street fights, which were filmed and posted on YouTube in the early 2000s. The Miami native was one of the world’s first online viral video stars. He parlayed that into becoming one of the biggest ratings draws in the history of mixed martial arts — a true rags to riches story.

Ferguson most recently competed under the Bellator MMA banner. He was supposed to face James Thompson at Bellator 158 on July 16 in London, England. In his last fight, Ferguson fought longtime rival and former compatriot Dhafir “Dada 5000” Harris in February. Ferguson won the fight by knockout in the third round, but it was later found out that he tested positive for steroids in a fight-night screen. The victory was overturned into a no contest and Ferguson was suspended three months by the Texas Department of Licensing and Registration. 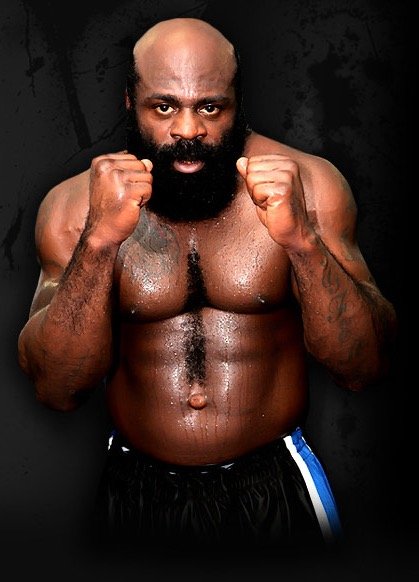 Ferguson, who had a 5-2 record with that no contest in MMA, started out in the sport as a spectacle for EliteXC, the YouTube streetfighting bad ass turned pro athlete. He won his first three fights for the promotion via finish, including victories over Tank Abbott and Thompson. EliteXC built its whole promotion around Ferguson, who was a ratings behemoth.

In Ferguson’s fourth pro fight, he was stunningly knocked out by Seth Petruzelli in 2008 in a main event bout in which he was originally supposed to face Ken Shamrock.

After EliteXC folded, Ferguson moved onto the UFC via its reality show, The Ultimate Fighter. He lost quickly on the show, but his season drew record ratings on Spike TV — much like his time on CBS with EliteXC. Ferguson was a ratings hit wherever he went and the UFC brought him onto the main roster.

In his UFC debut, Ferguson beat Houston Alexander via unanimous decision in 2009. He lost his next fight to Matt Mitrione by second-round TKO and was released thereafter.

Ferguson went on to a professional boxing career, compiling a 7-0 record with six knockouts. He resurfaced with Bellator last year and signed to face Shamrock, the man he should have fought in 2008, in June 2015. Ferguson won that fight via first-round knockout.

Much like his previous stops, Ferguson set records with Bellator. His bout with Shamrock set a promotion ratings mark. More than 1.58 million people watched the three-hour Bellator card on average and Slice-Shamrock drew 2.1 million viewers. Slice vs. Dada was the co-main event of Bellator 149, but that bout and card broke Bellator and Ferguson’s old mark: 2 million on viewers on average for the event and 2.5 million for Ferguson’s fight.

Ferguson was born in the Bahamas before his family moved to Florida when he was a child. His career started out as a bouncer at a strip club until Mike Imber, Ferguson’s high-school friend and now longtime manager, got him a job as a bodyguard for a pornographic movie company.

In 2003, Ferguson became Kimbo Slice in earnest, beginning his run as a backyard fighter. The result — a run as one of the most popular figures in combat sports — earned him millions. It allowed him to move his family out of the tough Perrine neighborhood and send his kids to college.