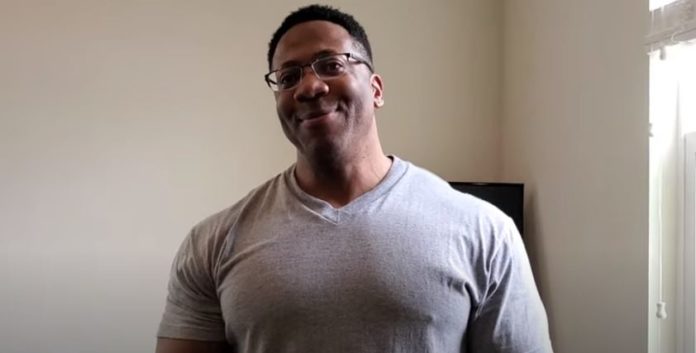 In this in-depth interview Lauralie opens up about her personal life from childhood up to becoming a pro athlete.

There were moments in the interview when Lauralie became very emotional when speaking about the darkest moments of her life.

Lauralie opens up about how focused she was to compete and the difficulties she had to even arrive at a contest.

Near the end of the interview, 2018 Mr. Olympia Shawn Rhoden gives some news that will definitely make the media and fans speculate.

Before speaking about the 2020 season, Shawn Rhoden explains how he was amazed that Ronnie Coleman had all his trophies and Sandow trophies hidden in a room at this house.

When Shawn asked Ronnie, he replied by saying that they are just trophies.

It seems that Shawn is following the same path Coleman as when Dave asked to see his Sandow, Shawn had to clear the way for him to see it.

The Sandow trophy is still in its protective box.

Speaking about the 2020 season, Shawn said that he will be ready for a return and it does not matter who is on the stage competing against him.

When he is given permission to compete again, Shawn believes he can 100% win the title again.

Shawn also spoke about the great camaraderie between him and all the other Olympia competitors.

Rhoden went on to say that the best thing about being great friends is that you can go up to your fellow competitor and say congratulations.

In regards to not competing, Shawn said he feels like is continuously being quarantined.

It is great to see that Shawn is living a a happy life and hopefully the problems he had in 2019 will be solved and he can continue with his pro bodybuilding career in the near future.

The first video is queued to start at Shawn Rhoden’s interview, the second is Lauralie Chapados’ full interview.