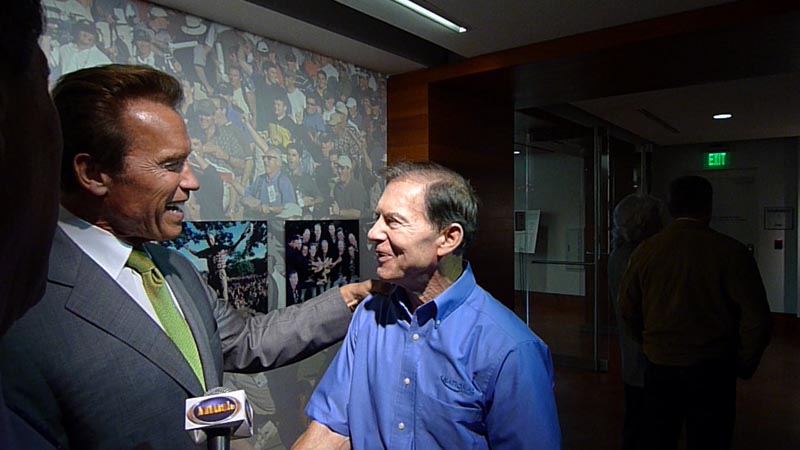 I was saddened by the news that my dear friend Larry Scott passed away this March. Larry was a wonderful guy; always smiling, always complimentary, and always the consummate gentleman. But Larry also had a huge impact on me politically—one so profound that it would inform my policymaking when I served as California’s governor.

Larry Scott had been a hero to me since I started lifting weights back in the early 1960’s. Along with guys like Reg Park, Steve Reeves, and Bill Pearl, Larry represented the very best of bodybuilding at the time, and he stood as an example of what I hoped to become. I first got the chance to meet Larry when he guest posed at the 1966 Mr. Europe competition, held in Germany. Originally I had seriously questioned whether I even wanted to compete, since I’d already placed second in the Mr. Universe contest. But when I heard Larry would be there I knew I had to make the pilgrimage; I had to meet him. After I won he came out, and the place absolutely erupted. There was no question: he was a superstar, yet he couldn’t have been more gracious or friendlier to the lumbering young contest winner who greeted him in severely broken English.

When Joe Weider brought me to America in late 1968 my first thought was that I wanted to train where the great Larry Scott trained, which was Vince Gironda’s gym in Studio City, in the San Fernando Valley area of Los Angeles. Larry had retired from competitive bodybuilding by that point (he would make a brief comeback in 1979) but would still frequent Vince’s, and so I got to know him during my earliest days on American soil.

Just as when we’d met two years earlier in Germany, Larry was warm and friendly, and in time he would become a mentor. He was a treasure trove of invaluable training and nutrition information and I cherished the opportunity to train with him whenever I could. Yet for as much as Larry had influenced me in terms of training and nutrition, his biggest impact had nothing to do with bodybuilding at all. 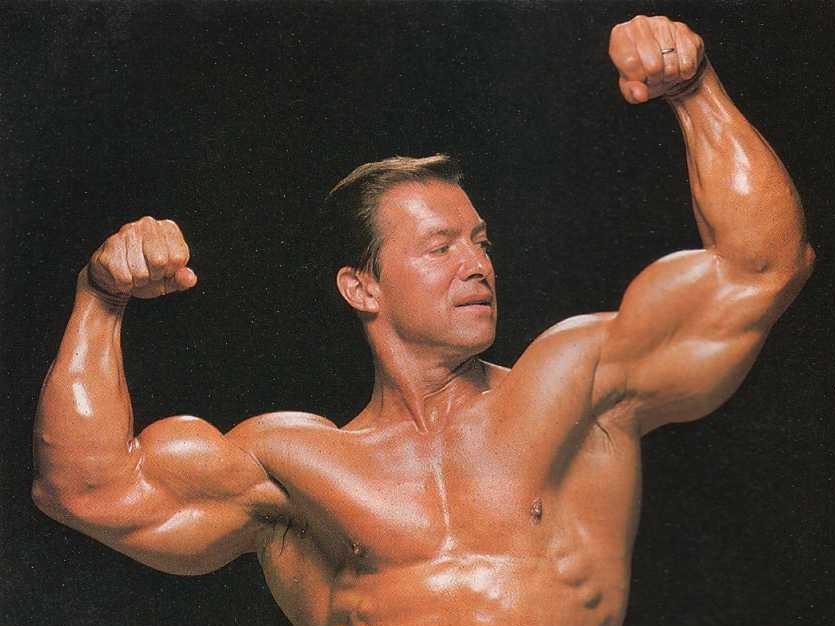 When I met Larry he was selling insurance, and he was the first person to explain to me the importance of having coverage as a resident of the United States. I was used to the Austrian system, where everyone had health coverage. At the time Joe Weider only paid me $60 per week, though, so I wasn’t sure I could afford insurance. However, Larry found a plan that cost just $23.40 a month, so I went for it. He also convinced me of the importance of having disability insurance: My profession was my body, and if anything happened to it I’d have no income. So, I bucked up for an additional $5 a month for disability insurance. I wasn’t sure I’d ever need any of it, but the knowledge that I had it gave me comfort.

In 1972 Larry Scott’s guidance paid dividends. In South Africa, during a guest posing appearance, the stage fell apart and I went down, tearing a ligament in my left knee. In November of that year I had surgery to repair the damage, which was, thankfully, covered by my insurance plan. Moreover, because I was unable to do the posing appearances that were part of my income at the time, my disability insurance kicked in. I didn’t even have to fight for it. Larry Scott had saved me from going broke!

When I became Governor of California and pushed for healthcare reform to cover everyone, people said, “You’re a Republican. Why are you interested in this?”

I didn’t think of it as a Democrat or Republican issue. Between my Austrian upbringing and Larry’s quick intervention when I arrived in America, health insurance has always been a no-brainer for me.

All of this is to say that Larry Scott has had a major effect on my life and on my way of thinking in profound ways, and that without his friendship and guidance I wouldn’t be the man I am today. I miss you, Larry.