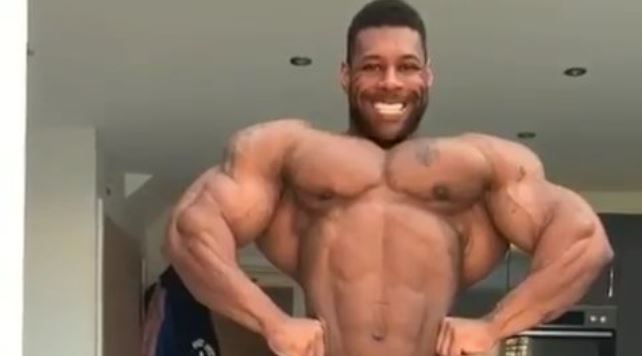 Nathan De Asha is going into the 2019 British Grand Prix as the clear cut favorite to take the title home.

It’s a shame that Nathan’s main competitor Luke Sandoe decided to skip this contest. Even though Luke has enough points for now to qualify for the Olympia, he still is not guaranteed a spot.

It would have been an epic battle between Luke and Nathan on the British stage. Hopefully they will meet at the 2019 Olympia.

Thanks to @suleose, footage was posted of Nathan posing at home in June just before the 2019 British Grand Prix.

Even though Nathan was still a few weeks out, he showed that he is ready for this show.

Considering Nathan suffered a very serious eye infection that almost ruined his season, he managed to solve the problem and still focus on this contest.

With just 12-weeks till the 2019 Olympia Weekend, just a few contests remain, making this contest very important to many athletes.

A post shared by Evolution of Bodybuilding (@evolutionofbodybuilding) on Jun 29, 2019 at 11:57pm PDT