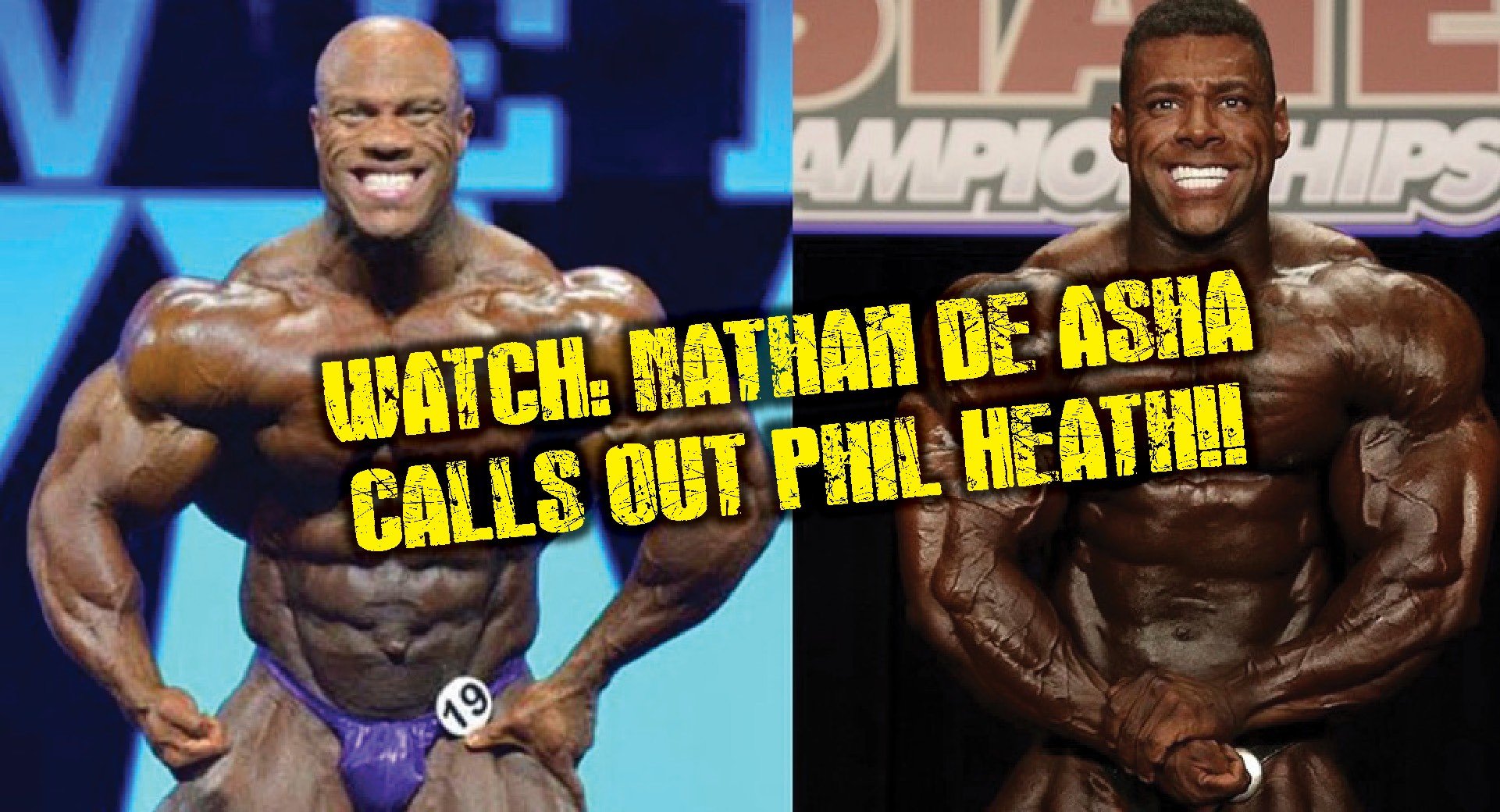 UK’s Nathan De Asha has been in fine form for the 2018 bodybuilding season.

After winning the New York Pro and recently the 2018 California Pro.

Showing  much more improved physique at the California Pro, Nathan had no problem walking away with the top prize.

After the show, on the way to dinner, Nathan went to his social media to officially challenge 7X Mr. Olympia Phil Heath for the Mr. Olympia title.

Nathan boasted that he ‘slayed’ 56 competitors in the past weeks, confirming his dominance in the sport.

Near the end of his message, Nathan revealed that he wants to be compared side by side to Phil Heath and asked his fans, “Will Phil Heath win number eight or will I win number one?”.

Nathan said that it could be this year or in 2019, but the challenge has been set.

Nathan must not forget the other two major contenders, William Bonac and Big Ramy.

With less than 16-weeks to the big event, it seems a number of the top bodybuilders have been very quiet regarding trash talk.

Sergio Oliva Jr, has been vocal, but he still has to qualify for the 2018 Mr. Olympia. Sergio has teamed up with Milos Sarcev to try to get his qualification.

Its good to see that Nathan has injected a bit of excitement into the Olympia build up and hopefully other athletes will get involved.

With all the talk from all the competitors, Phil Heath will remain the man to beat.