A new bodybuilding federation has been created in the UK.

The new federation is called ‘Next Generation Pro Association’ – NGPA.

This federation is boasting a cash prize fund of £10,000 for their first contest which will take place on 31 May, 2020 at the Watford Colosseum.

This new federation will have some competition since there are a number of large, historic federations to compete with such as the IFBB (UKBFF), 2BrosPro (NPC/Pro League), NABBA, PCA and others.

Paul Knight left the UKBFF to team up with 2BrosPro in 2017 to promote the NPC/Pro League in the UK and become an international judge.

The situation turned sour for Paul Knight when he was recently suspended from the NPC/Pro League by President Jim Manion.

The promo video of this federation was created at Crayford Weights and Fitness Gym, Kent, United Kingdom, the same gym owned by Paul Knight himself.

The NGPA introduced themselves to the bodybuilding and fitness world by launching a new website and as well an Instagram page.

Welcome to the new Amateur Bodybuilding & Fitness federation of 2020.
The first show will be held on the 31st May at the Watford Colosseum.
We are offering a huge prize fund of £10,000!!!
We feel that athletes dedicate their lives and soul into preparation for a bodybuilding and fitness show and we feel that all athletes deserve respect for the hard work that they put in. This is why we are starting with a huge cash fund of £10,000 and believe me that this will continue to grow in the future!
Website is currently under maintenance so we want you to sign up to show your interest. And we will inform you when you can register for this show.
Don’t miss out this will be one of the most popular shows of 2020! We look forward to seeing you there. www.nextgenerationpro.com
This show will have huge interest and this event will be capped so be sure to sign up NOW!

What is interesting in that they mention that event will be capped, meaning that possibly there be a restricted number of athletes competing.

Starting a new federation is very simple, sustaining it is another story.

Finding the financial backing in such a saturated market will be a very difficult task for the new show promoters.

Evolutionofbodybuilding.net was contacted by NGPA and they have confirmed five shows are already planned in the near future.

It will be very interesting to see what happens in the near future with the NGPA. 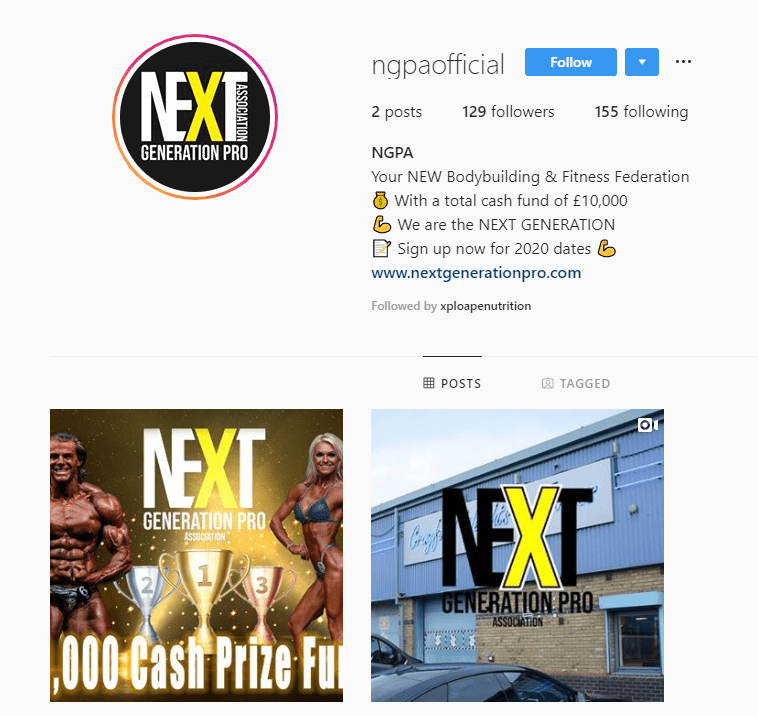 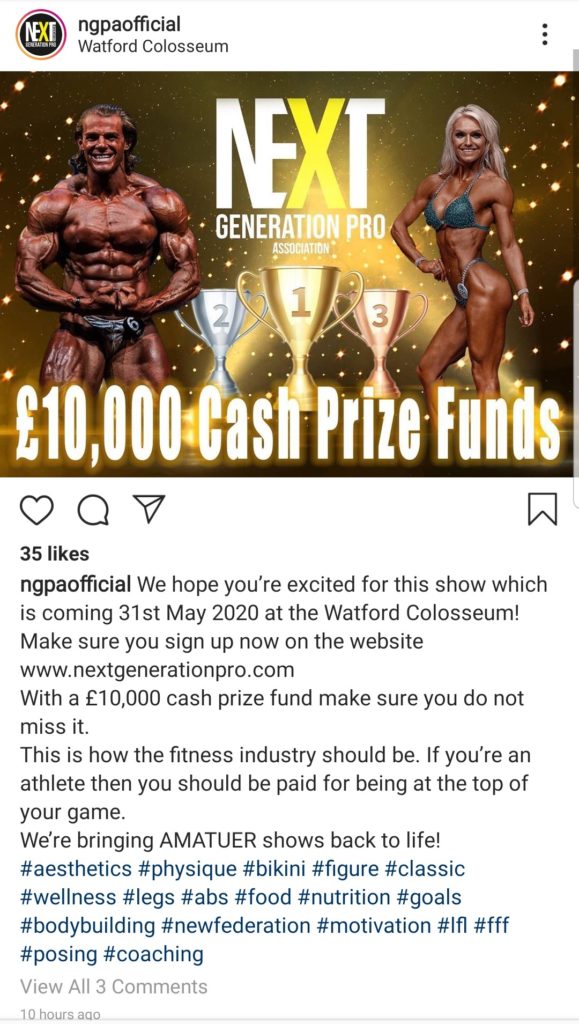 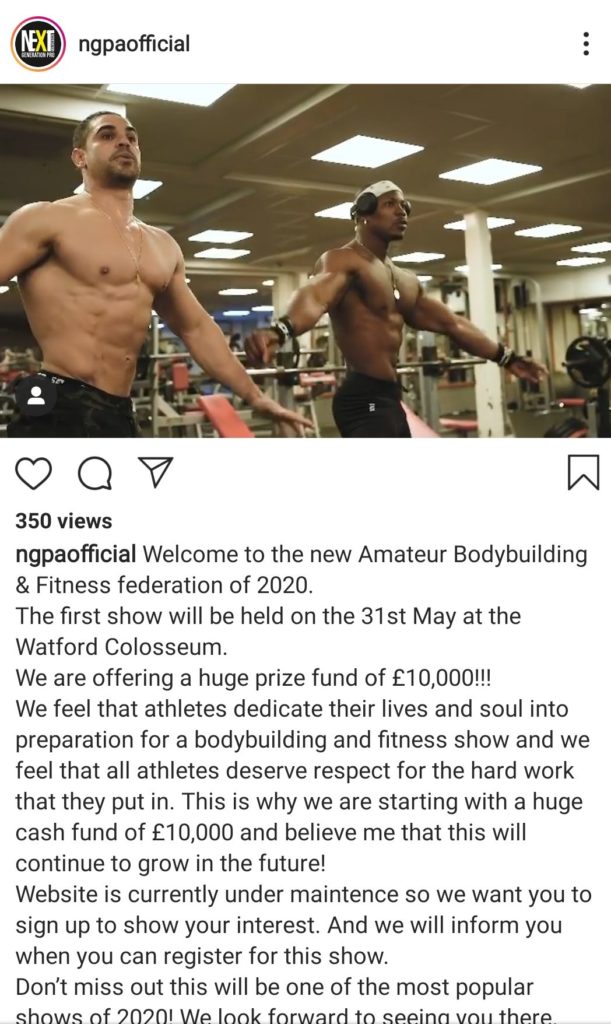