Some bad news for 212 competitors this year. The organizers of the 2016 EVLS Prague Pro have released a press release stating that there will be no 212 category this year at the contest.

This is the press release in full:

There won´t be 212 category at EVLS Prague Pro 2016. In programme of professional competition remains bikini and the most popular bodybuilding category open.

“It was a tough decision, but we believe that competition keeps its attractiveness. We want to focus on the category open and introduce this year in Prague even more interesting line up than in previous years, “said Robert Speychal, Executive Director of Sport Holding Prague, the organizer of the event.

There is even change in prize money. 83 000 USD will be divided among the top bodybuilders in open category and bikini will compete for total of 7 000 USD.

Besides professional competition there will be held amateur contest and Fitness EXPO from September 30 till October 1, 2016 in Prague. 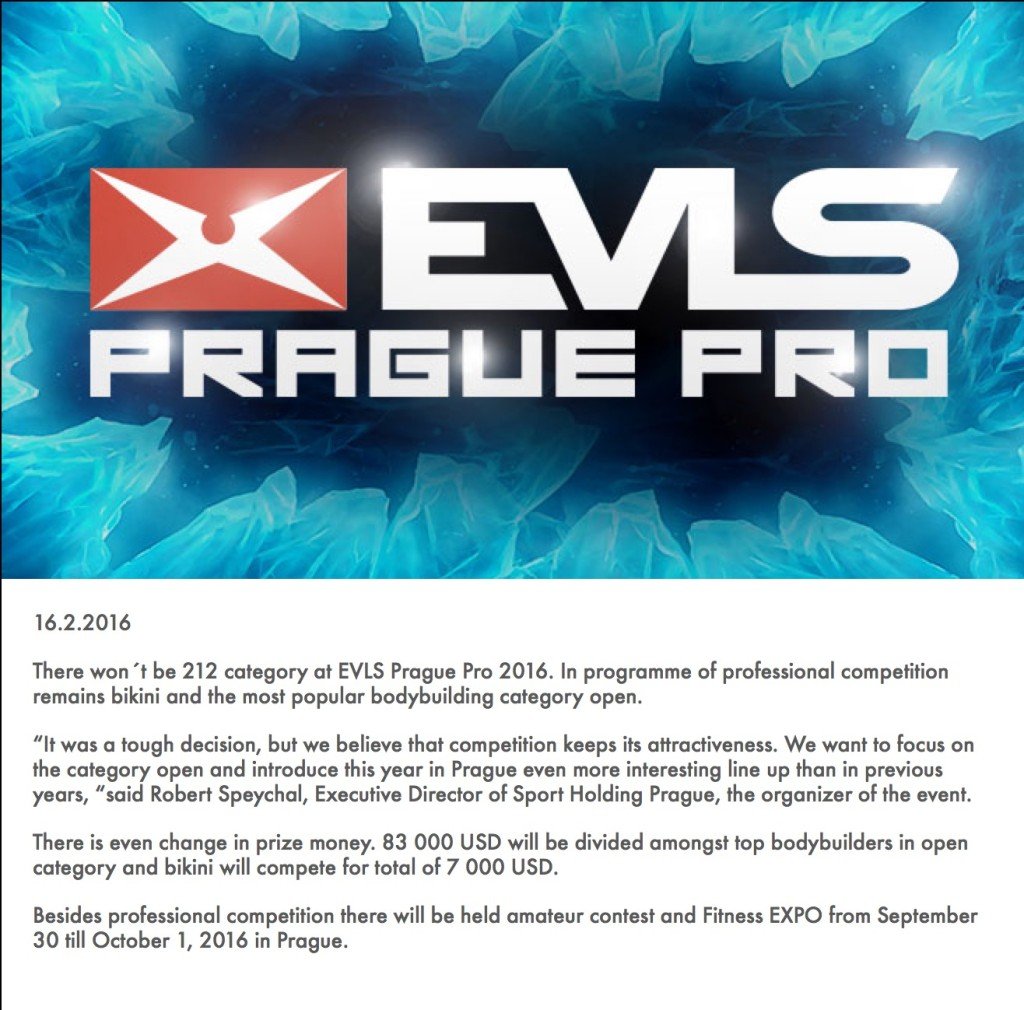