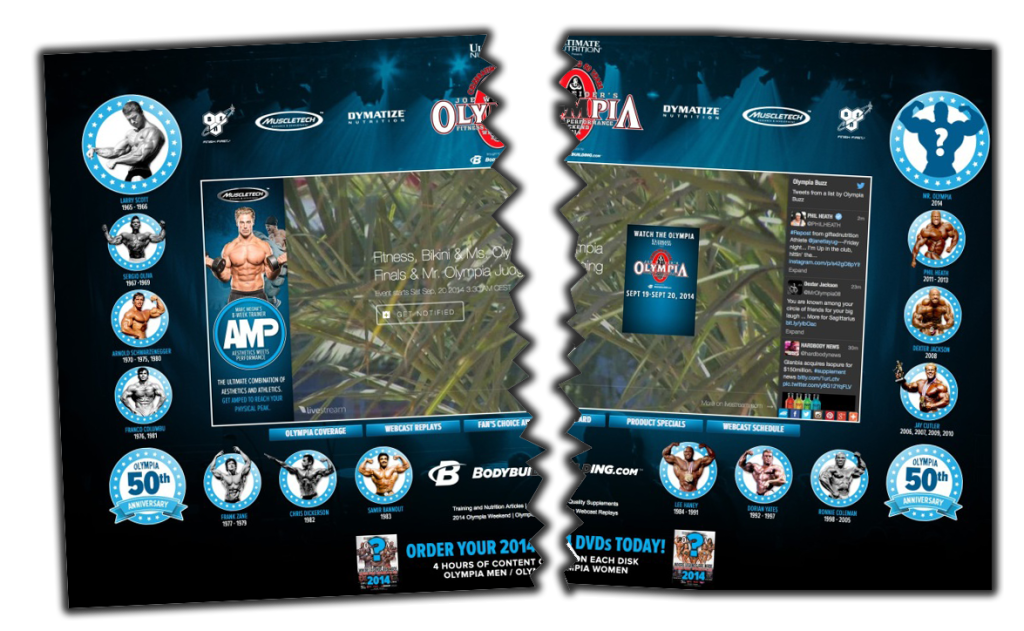 According to and article on first published by Musclesportmag.com and a tweet by Muscle Phone, the live footage of the Mr. Olympia will not be streamed live on bodybuilding.com.

The rumors are true. There will not be a live #olympia webcast from #Bodybuilding .com however that doesn’t mean there won’t be a webcast.

If this is true, it would be a great blow for the sport and especially for the millions of fans that cannot make it to the show. The European fan base had a great opportunity to watch the show, but as it seems it will not happen this year.

We would have to rely on the footage by Muscular Development and NPC News.

This does not mean that there will be no webcast, but time is running out and we still have not heard who is going to host the live feed.

IFBB.com has recently launched a Webcast channel with great shows and footage, it could be they are working on the deal…

The big question is, what happened at bodybuilding.com? they had such a great service!! It could be money, sponsorships or many other things.

One may notice that bodybuilding.com is focusing on sales of products more than the actual sport itself. This could be a change in tactics by the site itself to keep up with their competitors.

We will keep our eyes open for any news about this and as soon as evolutionofbodybuilding find out we will let you know!!

PS. Evolutionofbodybuilding.net still managed to get a screenshot of the tweet by Isaac Hinds even though he blocked our account… for reasons we still wish to know…. it could be he is feeling the pressure from our great success thanks to all our readers! You may attack us on your little Twitter account Muscle Phone…. but we are here to stay!!