A press release published by the NPC and Jim Manion confirmed NPC contests to take place in the USA that gives the opportunity for athletes win a IFBB Pro Card.

Nine events are scheduled in the USA open for American citizens and three are for international competitors that posses a Green Card. 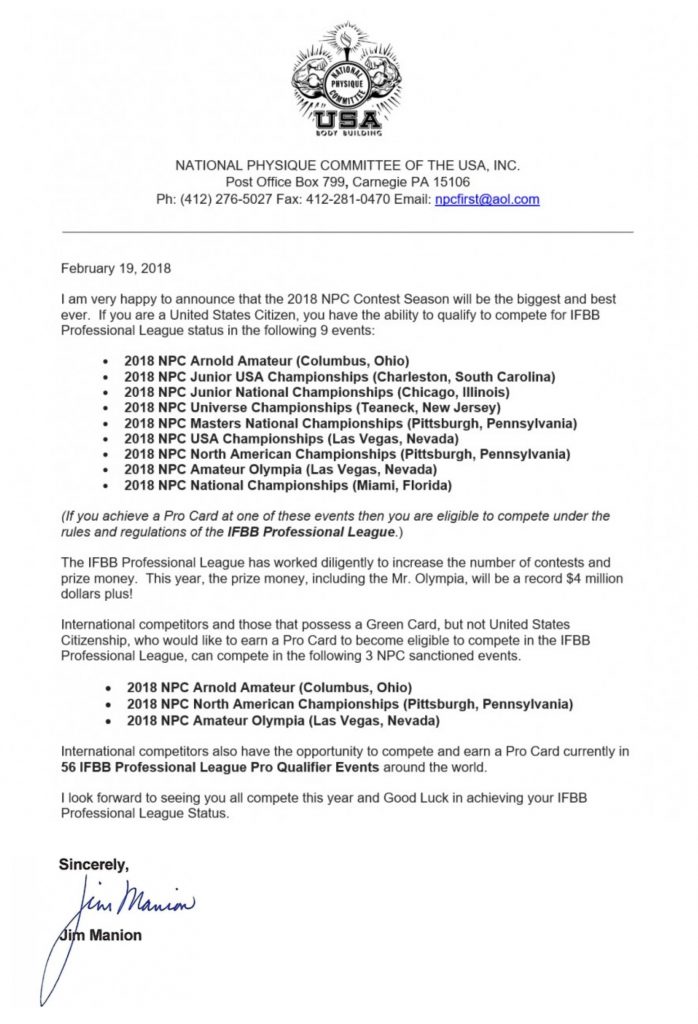