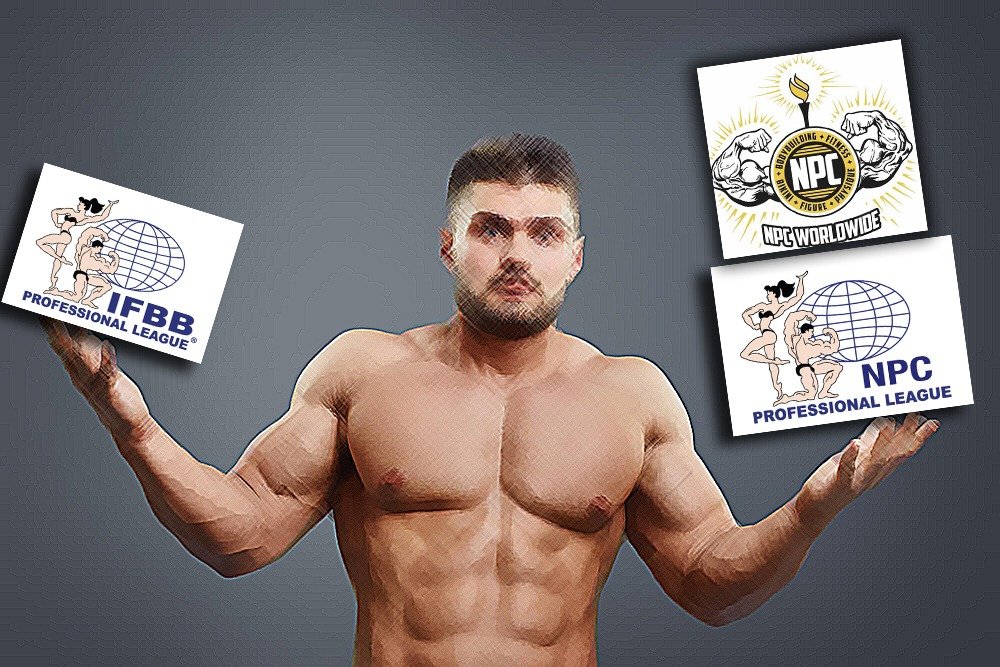 NPC Worldwide in full swing as they distance themselves from the IFBB.

In the last month, the NPC has been promoting their new extension of the NPC called NPC Worldwide.

They have created a new Instagram page to post the different variations of their new logo and as well short promo videos.

According to Robin Chang, the man who seems has shifted from working with AMI on the Olympia to working with Jim Manion, he said the NPC Worldwide was scheduled to start in 2020. But it seems a number of promoters are already pushing this brand.

In the beginning of the 2018 season, the NPC organized events under the name ‘IFBB Pro League’ qualifiers, but now it seems the logo of NPC Worldwide is replacing all this in 2019.

All documents can be viewed in the link below:

In the long run, this would be a wise decision for Jim Manion and the NPC as it would finally stop the confusion between the NPC/Pro League and the IFBB/IFBB Elite Pro League since the split in 2017.

At the moment, if an athlete turns pro through the NPC they are receive the  “IFBB Pro” card.

If you turn pro through the IFBB, you receive the ‘IFBB Elite Pro’ card.

The IFBB stands for the ‘International Federation of Bodybuilding’. This is the federation created by Joe and Ben Weider. As time went on, Ben traveled the world to promote the IFBB. Ben eventually to the IFBB Amateur division under his watch.

Before stepping down as IFBB President, Ben suggested Dr. Rafael Santonja was the right man to take his place, and till today he is the current IFBB President.

It does not make sense to earn a pro card through the NPC and be called a IFBB Pro, this just confuses athletes and potential sponsors.

As many supporters of the NPC continue to insist they are IFBB Pro’s, it looks as in the near future they will be called NPC Pro’s.

The road the the Olympia is only through the NPC. Many supporters of the NPC insist that competing with the IFBB is a waste of time, but they are totally mistaken here.

We all know the Olympia is still a very popular competition, but the people that know the history of the sport are intelligent enough to realize the IFBB has been promoting this competition up to 2017.

The NPC was the amateur affiliate to the IFBB in the USA which has now been replaced with the IFBB Physique America after the split in 2017.

The history of the IFBB goes far back and this federation also has prestigious that legends such as Lee Haney and Lee Labrada went on to win. Hundreds of pro bodybuilders climbed the ranks of the IFBB and have become popular and successful bodybuilders.

The NPC have a number of prestigious amateur competitions such as the NPC National Championships, NPC Jr. Nationals, Ben Weider events and the Amateur Olympia. These all lead to earn a ‘IFBB Pro’ card at the moment, but again the wise decision would be to call it the ‘NPC Pro’ card as it looks Jim Manion is planning to do.

The road to the Olympia might only be with the NPC, but the IFBB also have prestigious competitions that athletes dream of winning.

The premier competition for the NPC is the Olympia, the best pro athletes of this federation compete at this event for the ultimate prize.

The premier competition for the IFBB is the IFBB Elite Pro World Championships.

Regarding being affiliated to an association, many NPC promoters have noticed they are finding some difficulty when in comes to promoting contest in major parts of Europe and as well in other countries. This goes way back when Ben Weider cemented the status of the IFBB as the only recognized federation for this countries. As well the IFBB is the only bodybuilding and fitness federation recognized by the Olympic committee and WADA (World Anti-Doping Association). A perfect example of this is the Olympia Amateur in Lebanon that had to be replaced with another show.

The NPC are not associated with WADA or any other affiliations. And this is what they insist on when they clash with government bodies. And this is the reason their shows go on as scheduled. This is more of a reason for Jim Manion’s NPC to replace IFBB Pro League with NPC Pro League.

The NPC, the same federation that have the Ben Weider pro qualifiers, are finding big problems with countries that only recognize the IFBB as a bodybuilding and fitness federation.

The NPC/Pro League qualifiers are still being organized, but they are coming under criticism by government authorities. This is not the fault of IFBB President Rafael Santonja. Rafael cannot be held responsible for agreements that Ben Weider made many years ago. Rafael is continuing to promote the vision and dream Ben Weider had for the IFBB.

This is a reality many supporters of the IFBB have to realize. The IFBB is the only recognized federation in a majority of countries. These agreements took years to conclude and the NPC Worldwide cannot just come and think they can erase everything.

It is evident the NPC Worldwide was created to be a direct competitor to the IFBB. Competition is good, it gives options to the athletes.

Another major difference is the NPC is a private company while the IFBB is federation that organize congresses and executive meetings with over 100 nations attending to vote on new rules and amendments to rules. The NPC rarely ever publish any news of their top officials meeting.

Many athletes enjoy being called a World Champion just as others do in other sport disciplines. And this can only be achieved with the IFBB.

The sooner Jim Manion removes the name ‘IFBB’ from his pro division the better. Manion knows eventually he has to disassociate himself from the IFBB as this will continue to cause problems.

Even though having the name IFBB associated with the NPC/Pro League is an advantage, it cannot continue being used eventually.

The athletes now have a choice. They decide on what is affordable and what they dream to do. In Europe, the IFBB is still the ideal federation as a large amount of amateur and pro shows are being organized weekly. The NPC is  still the ideal destination for athletes in the USA, Canada and Australia.

The promoters must take in consideration what costs the athlete will have when deciding to compete at a certain federation. And whatever the athlete decides we must respect. If it is not the IFBB or NPC, the athlete might pick NABBA, PCA or GBO. These are all options for the athlete today. Each contest has their premier event. Each federation has an outstanding athlete.