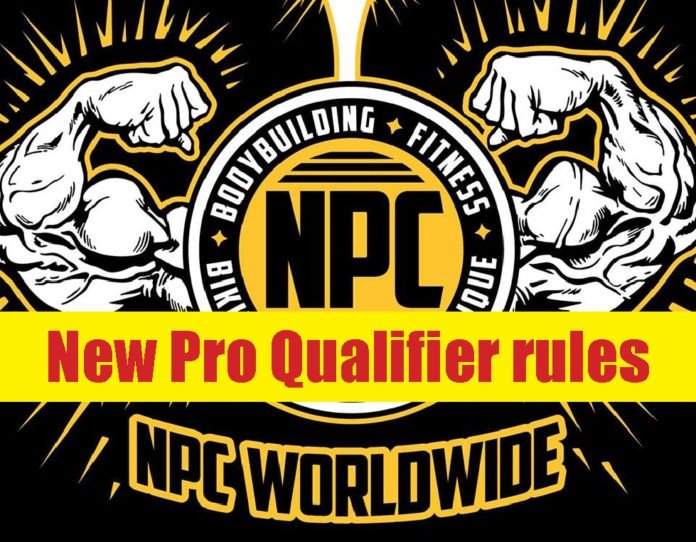 The NPC and NPC Worldwide have today published a press release about the new rules for athletes that want to compete in NPC/Pro League qualifiers.

Not long ago, amateur athletes could compete at a NPC/Pro League qualifier without any restrictions.

It was a very easy process to earn a NPC/Pro League card.

That has ended now as athletes from Brazil, Canada, Italy, Japan, South Africa, South Korea, Turkey and the United Kingdom with have to show proof that they competed in a Regional contest in the countries mentioned.

This is a great system to raise the level of amateur competitions in the NPC Worldwide amateur contests.

The system of building your way up to qualify to compete in a Pro qualifier has been used for a very long time with the NPC in the USA.

As well the IFBB headed by IFBB President Dr. Rafael Santonja have a process of competing at various levels before you are qualified to compete at a pro qualifier.

This is a great system for any federation as by the time the athlete reaches the stage to compete at a pro qualifier, they will be seasoned athletes ready to take the step to compete as a pro.

After the press release was published by the NPC and NPC Worldwide, athletes flooded social media with questions if they are able to compete or not in the pro qualifiers that are scheduled to take place very soon.

Some issues are still not clear about this new rule change:

What place does an athlete have to finish at a regional qualifier to be eligible to compete at a NPC/Pro League qualifier?

Does just competing at a regional show make an athlete eligible to compete at a NPC/Pro League qualifier regardless of their placing? 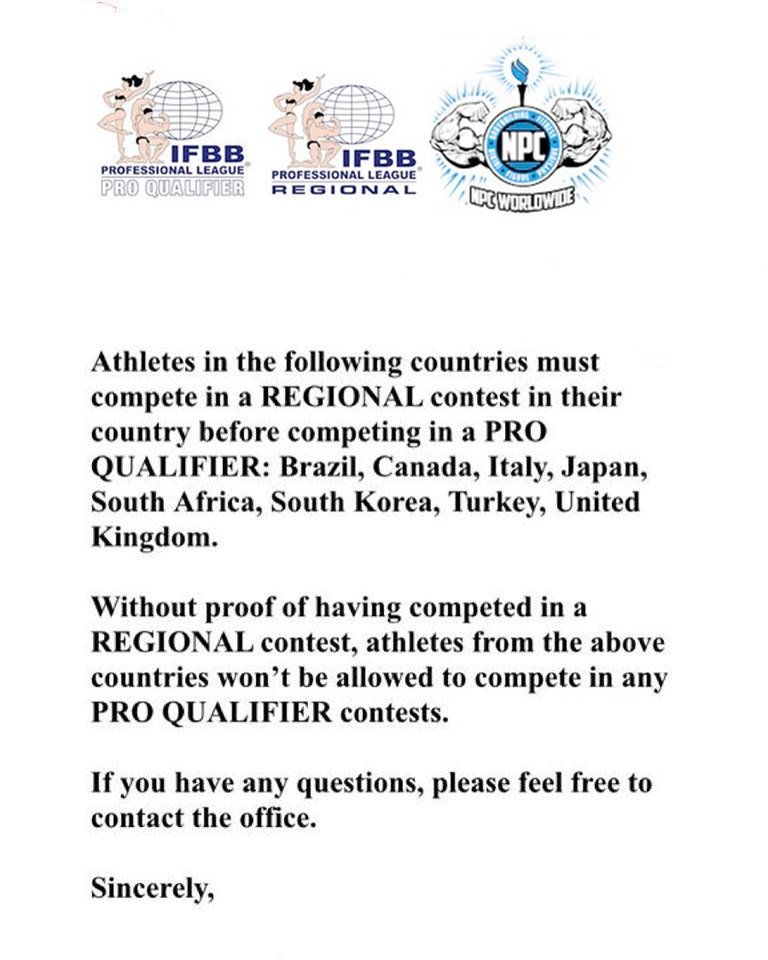