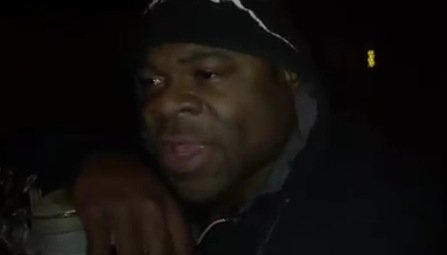 Fresh from Kai Greene’s official Facebook page, Kai Greene said in a video blog that he is not allowed to compete at the 2015 Mr. Olympia.

Kai Greene now has made it official in a speech that brought the big man to tears.

Kai Greene has said that a lot is happening behind the scenes that he cannot speak about.

Kai is not happy about the situation.

It seems it was not his decision to pull out, saying ‘they’ are trying to break him.

Kai also stated he is not even allowed to be at the Expo!!

New Update thanks to Stars of Bodybuilding:

Speculation abounds as to the circumstances behind this shocking story. One inside source claims that Kai Greene’s banning stems from his intention to release his new Dynamik supplement line at the Olympia Expo.

This source stated that Kai Greene asked for a free 20×20 Expo booth and was denied. When he was asked to pay for the booth, a standoff occurred and things escalted. The statements from this source have yet to be verified.

Update 10:44am EST: An updated report has come out stating that Kai Greene did in fact make an attempt to pay for a booth and had never asked for free space. This source is claiming that Kai Greene’s request was denied.

“I’ve got a chance to see a lot of emails and messages and things, talking about that, asking me about that. I just… This is what it looks like when a man is trying to be responsible.

Let me just say that behind the scenes there is just so much more things that are going on than I’m at liberty to share with you. There is a lot more that’s happening, and that is still in the process of happening that I cannot say.

It is a test of my resolve and my sense of personal responsibility to exist here in this moment, in this position, faced with this reality of what will be my inability to participate in the Olympia 2015.

My resolve has been to respond as a champion and just aim to represent the better thought of what that means to me.

I am not a victim. They are not going to break me. I don’t want to speak negatively to anybody, I don’t want negatively about anything else. Let me just say there’s more going on than I’m able to say.”

When evolutionofbodybuilding.net has more on this story, we will surely let you know.