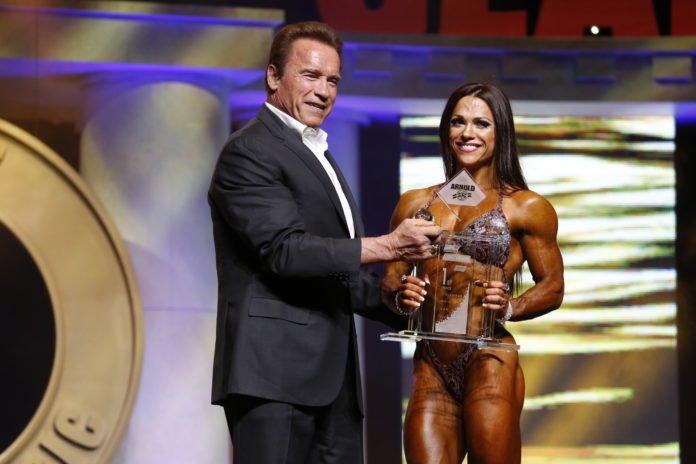 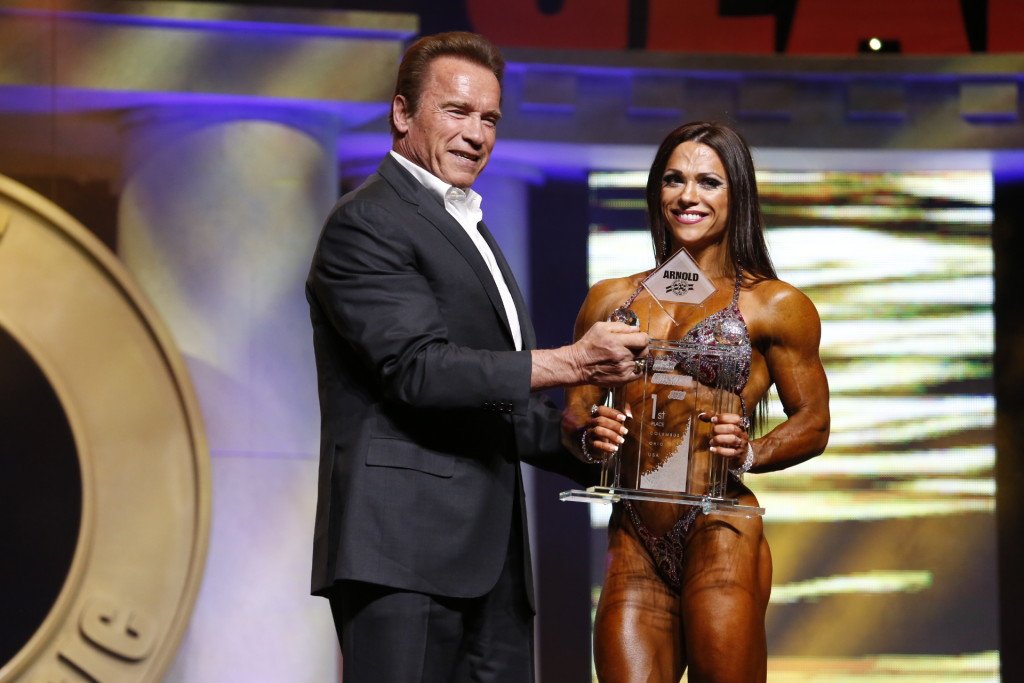 Oksana Grishina of North Hollywood, Calif., won the prestigious Fitness International for the third straight year. She received the champion’s trophy from Arnold Schwarzenegger and $25,000, a Tony Nowak Official Champions Jacket and congratulations from Eric Hillman of Europa Sports Products and Dr. Joe Carlos of EAS.