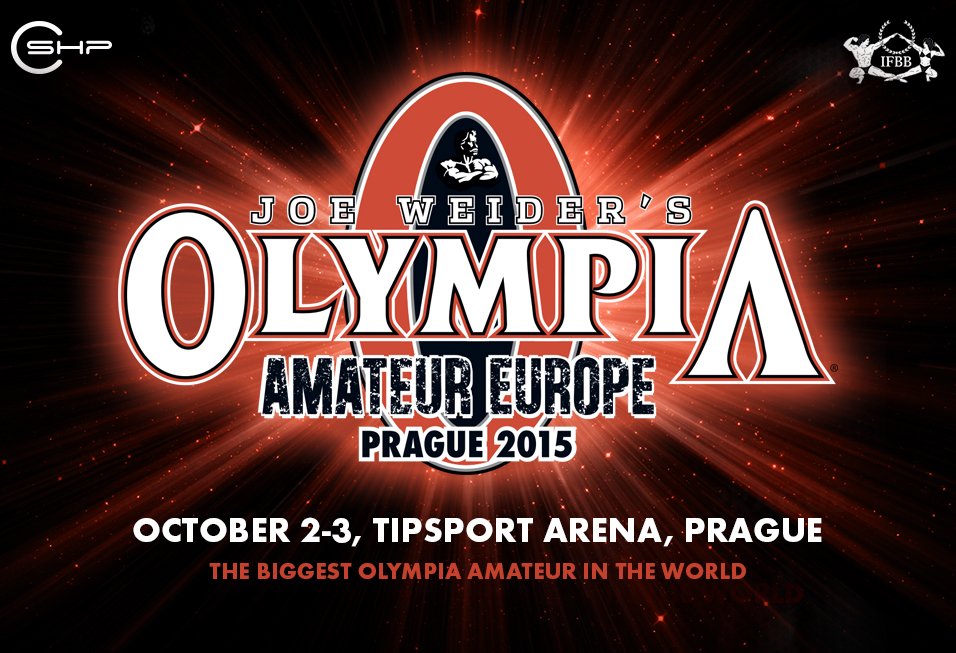 Prague, 29th January – Prague will host the spectacular bodybuilding and fitness event of global significance at the beginning of October. Together with the largest bodybuilding show in Europe EVLS Prague Pro 2015 will also take place Olympia Amateur Europe 2015.

“We recently announced the date of the fourth annual of professional competition EVLS Prague Pro and I am glad that I can now tell the date of Olympia Amateur Europe 2015. It will be held on 2nd and 3rd October 2015. Both competitions will take place at one time in one place, “said Robert Speychal, Executive Director of Sport Holding Prague.

“Together with IFBB and American Media, Mr. Olympia license holder, we were looking for a suitable date for Olympia Amateur Europe. We had originally planned to hold a contest separately, as happened last year. In the end we decided to combine two events and great feast of bodybuilding and fitness was born – EVLS Prague Pro and Amateur Olympia Europe at one time. Fans will see during one weekend the best professional and amateur athletes on stage, “said Speychal. “Categories of Olympia Amateur Europe will be announced soon. But it is already clear that Prague will be the Mecca of bodybuilding and fitness in October,” added.