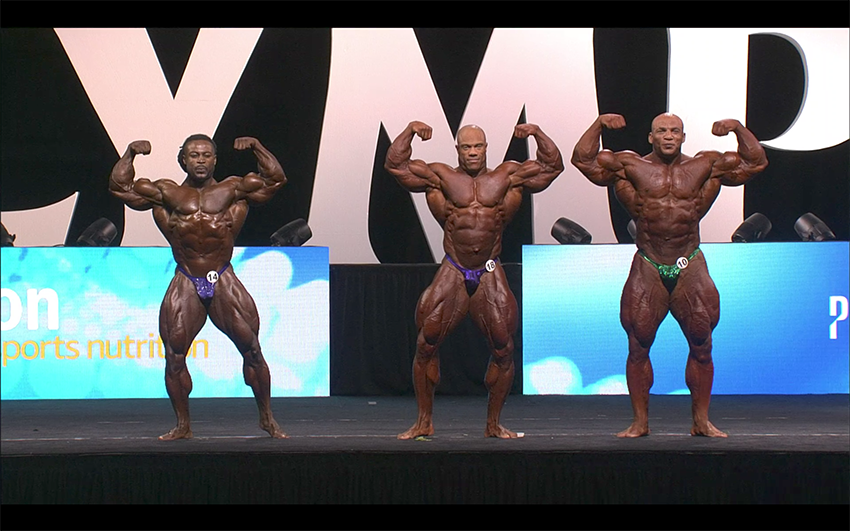 Fans to pick winner of the next Mr. Olympia… not really!

The latest news coming from the IFBB Pro League has shocked and confused some in the bodybuilding world.

In the latest issue of Flex Magazine, Robin Chang introduced a new method of picking a winner for the 2018 Mr. Olympia.

Apparently the fans will have a voice in choosing the winner as the points will be available for them to see after the first round.

How will they vote? this is not know yet.

These are the major points of the new system of picking a winner:

1. Fans will judge each competitor, the scores will count in the final decision. The fans will be another judge.

2. Judges’ points will be available for the fans to see before Saturday night’s final.

3. If fans pick a different winner than the judges, that athlete will be the 2018 Mr. Olympia People’s Champion.

To be fair the article is causing a lot of confusion, basically just to get people talking about the show.

Till now, the prize money has not been revealed for the 2018 Olympia Weekend.

We all know who the People’s Champion has been for the last number of years, they are easy to name.

A great marketing experiment from the Olympia organizing committee to get people to talk about the show.

These athletes dedicate their lives to preparing for this show. This show is a burden financially, mentally and physically for these athletes.

Robin Chang and crew have to be very careful as they are about to cross a line that makes this show a circus event.

Till now, the Mr. Olympia is only mentioned, no news on the other classes.

For example, how would Phil Heath feel if he is named Mr. Olympia and not the People’s Champion. Not the way to promote your ultimate bodybuilder!!

Phil Heath is not as popular as Kai Greene or others, but neither was Dorian Yates, but they still have to be respected.

This is total disrespect to the eventual winner and if Phil Heath ends up winning his eighth Mr. Olympia, his celebrations could be cut short with the People’s Choice being somebody else. 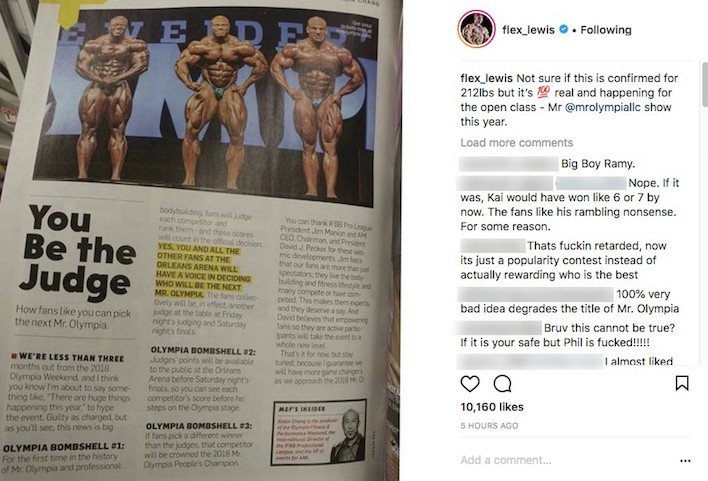