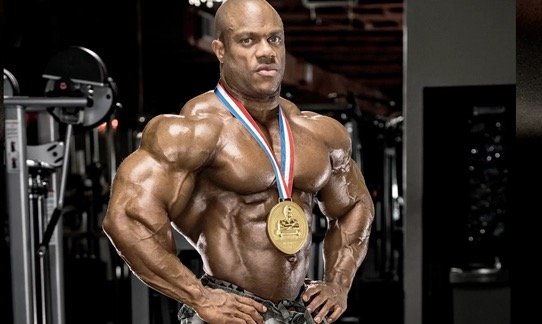 In a recent interview with Muscular Development’s Ron Harris, 7X Mr. Olympia Phil Heath revealed many interesting facts about his time away from the competition stage.

Phil Heath will be fighting for his eighth Mr. Olympia title this December after taking a year off.

After losing to Shawn Rhoden in 2018, Phil Heath had to have major surgery immediately after the competition.

Due to his surgery, Phil was forced to take six months off from training.

After living the life as a ‘civilian’ for six months, Phil Heath confirmed during the interview that he actually considered retiring from the sport of bodybuilding as a competitor.

In 2019, Phil Heath did not even attend the Mr. Olympia. He preferred to experience watching the event from home.

After having the time to reflect on his life and what opportunities he has, Phil Heath decided that he will go for his eighth Mr. Olympia title.

Phil stated that he would not have made a return if he did not believe that he can win the title back.

In regards to all the criticism about his mid-section, Phil answered his critics “(Coach Hany Rambod and I) both know what everybody is going to be looking at, and it’s f–king hilarious” Heath said, referring to his midsection. “I think it’s hilarious and I say this to everyone watching the show, whether they are a judge, fan, or whatever. When you put that much emphasis on that one thing, I pray that everybody keeps the same energy on every other body part on every other athlete. That’s all I ask, because I think that’s fair.

“I feel like I’m obviously going to be in great condition,” Heath continued. “Everything is going to be where I need it to be. Otherwise I would have never came back. That just doesn’t make sense. I’m a pretty smart dude, if I still had injuries…I think a lot of people fail to realize that I had an injury. They’re just like ‘Oh he was bloated.’ It’s like, I was actually injured.”

Phil reminds all his critics that when he placed second to Shawn Rhoden in 2018, Brandon finished in fifth.

Regardless what all his critics say, Phil Heath is the main challenger to dethrone defending champion Brandon Curry at the 2020 Mr. Olympia.

Phil is going into the 2020 Mr. Olympia full of confidence and when the smoke clears, he believes he will be holding his eighth Sandow trophy.

Phil continued to reveal more interesting facts in his latest interview, check it out!!